We are just weeks away from kickoff. Let's take a look at the storylines of Week 16's matchup against the Atlanta Falcons.

The Atlanta Falcons fielded the ninth-worst defense in the league last year. That alone would clip the wings of most teams, but what the Falcons lacked on the defensive side of the ball was compensated for by their red-hot offense. What's more, one of the NFL's most threatening offensive attacks just got scarier.

You simply don't get rewarded a $103.75 million contract extension for being a chump, and Matt Ryan is money. 'Matty Ice' commandeered the league's sixth-best pass offense, finishing the year with 4,719 yards through the air and 32 touchdowns. Perhaps most importantly and impressively, Ryan recorded a completion percentage of 68.6% - tied with Peyton Manning for best in the league.

It also doesn't hurt to be throwing to guys like Roddy White, Julio Jones, and Tony Gonzalez. White and Jones are undoubtedly the league's most terrifying pair of receivers. Together, they accounted for 2,549 yards of production and 17 touchdowns. Meanwhile, Gonzalez, who was successfully swayed out of retirement in the offseason, will add at least one more season to his Hall of Fame-caliber career.

We all know what to expect from White, Jones, and Gonzalez. But one of the least-discussed acquisitions of the offseason may turn out to be one of the most fruitful for the Falcons. That is, former Rams running back Steven Jackson. 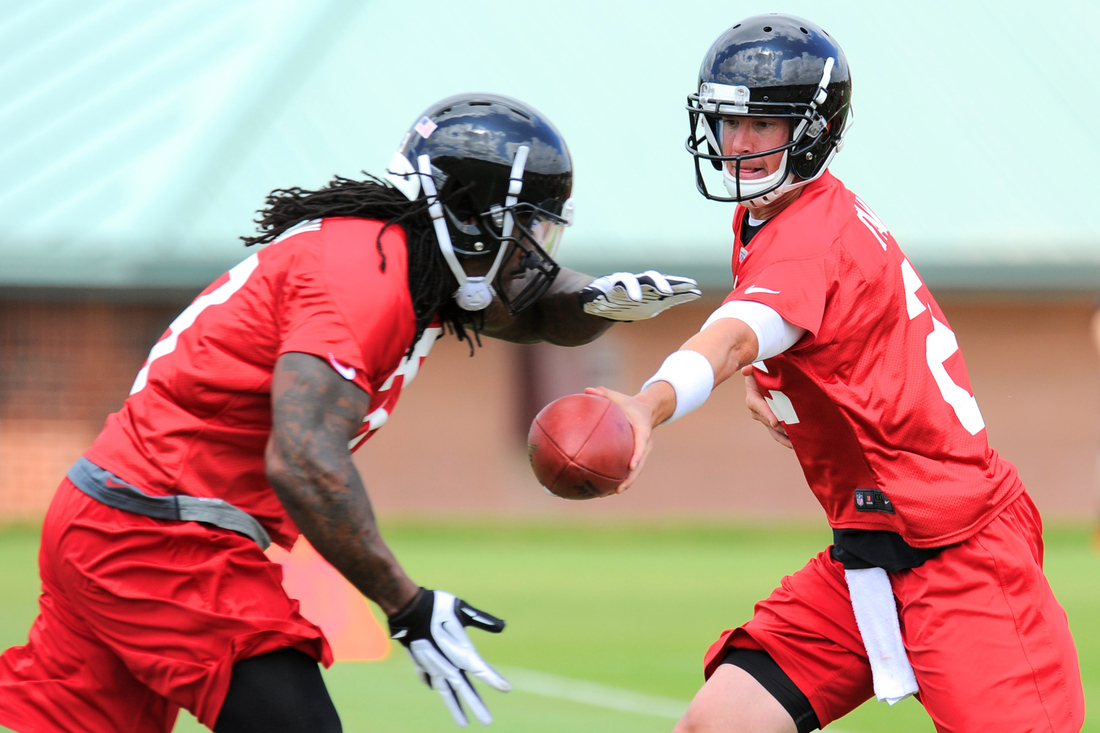 Before landing in Atlanta, Jackson spent his entire professional career in St. Louis after being selected 24th overall in the 2004 NFL Draft. Discounting his rookie year, Jackson has rushed for at least 1,000 yards in every season of his career. It's only more impressive when you consider that, until recently, the Rams were almost completely bereft of talent for so many years. Jackson was their only true offensive weapon, and he thrived in spite of that.

At the age of 30, Jackson may be over the hill, but with so many other legitimate weapons around him (a career-first, if you ask me), he might have just enough gas in the tank to take the Falcons' offense to the next level. Truthfully, even on an average day, Jackson will work wonders for Ryan and company.

In one of the most exciting games of the 2012-13 postseason, the Falcons were eliminated in the NFC Championship by the San Francisco 49ers. Don't think they forgot. It wouldn't be surprising at all to see both teams make a return-trip to the playoffs this year, which is another reason why their Week 16 matchup is so intriguing. Coming so late in the regular season, both the Niners and Falcons will surely be jockeying for playoff position. Could they meet for a second time in a playoff rematch?