We are just weeks away from kickoff. Let's take a look at the storylines of Week 10's matchup against the Carolina Panthers.

"That's plutonium-grade raw material, you know? I haven't seen upside like with this guy in probably the last 10 years."

San Francisco 49ers head coach Jim Harbaugh said this of quarterback prospect Cam Newton before the 2011 NFL Draft. Of course, Newton would eventually be selected by the Carolina Panthers with the No. 1 overall pick. So what does that make Colin Kaepernick? Chopped liver?

Kaepernick was selected by San Francisco in the second round of the draft, 35 spots after Newton. Both have obviously taken different paths to get to where they are today, but history, so far, has been on the side of the Niners. 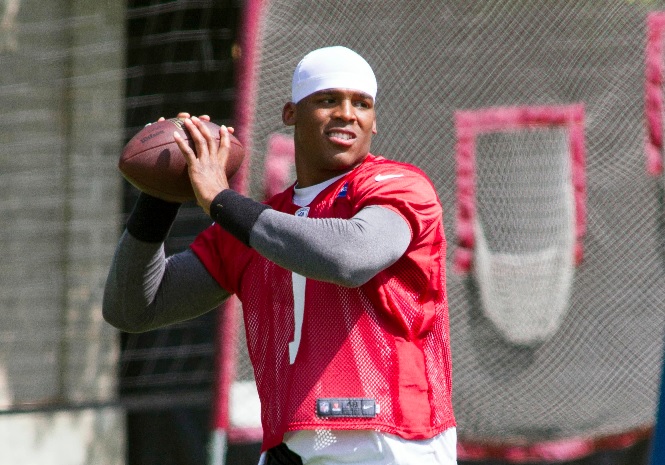 As the top overall selection, Newton inherited a team that was, at the time, the worst in the league. But Newton was as good as advertised. He went on to break a laundry list of passing records including Peyton Manning's record for total passing yards in a season by a rookie. Although the Panthers finished the 2011 season with a disappointing 6-10 mark, their rookie quarterback would earn AP Offensive Rookie of the Year honors and a trip to the Pro Bowl.

Expectations were high for Newton's sophomore effort. In that regard, he fell considerably short. Sure, the Panthers finished with a 7-9 record, one more win over the previous season; but the team faltered right out of the gate, losing 8 out of their first 10 games. In those games, Newton threw 9 touchdowns to 10 interceptions and completed just 57% of his passes.

The Panthers got hot late in the season winning five of their final six games, but it was too little, too late. 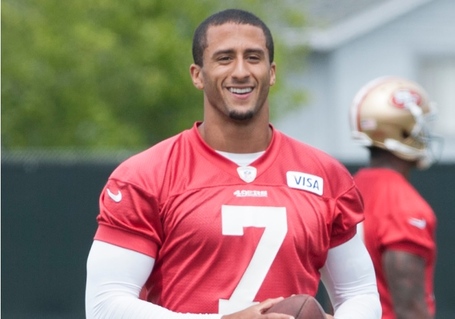 Whether or not Kaepernick will experience that similar dreaded sophomore slump remains to be seen, but up until this point, Kap has simply done more in less time. The sample size is smaller -- Kap has just ten starts under his belt to Newton's 32 -- but the former reached the Super Bowl.

Harbaugh continued: "The ability to make people miss as a quarterback is critical [...] Being able to go with your legs. We've got some quarterbacks in this draft like Cam Newton [...] but they can run and keep defenses out of certain coverages, which is quite the trait to have. And they can pick up first downs with their legs, keep the chains moving."

... and you'll understand why this is one of my most anticipated matchups of 2013.