49ers need Vernon Davis to repeat his performance, Nnamdi Asomugha to change it up

The San Francisco 49ers need Vernon Davis to have another big game in the red zone, and they need Nnamdi Asomugha to clean up his game heading into Week 2 against the Seattle Seahawks.

Share All sharing options for: 49ers need Vernon Davis to repeat his performance, Nnamdi Asomugha to change it up

The San Francisco 49ers are 1-0 heading into a pivotal NFC West matchup against the Seattle Seahawks. If there's ever been a consistent "L" on the 49ers' record when it comes to preseason predictions, it's playing in Seattle. It's just a tough place to play for a number of reasons.

More than anything, this game is about as important a Week 2 match as you can get in the NFL. Losing won't send the 49ers into a downward spiral (it shouldn't, anyway), but winning in Seattle would be a huge statement and solid affirmation that the 49ers are on top.

Losing in Seattle would just be ... crappy. It would suck. There are some better terms but I think you get the point.

The Booth Review, 49ers-Packers: "When you want to fight, we're ready to fight." 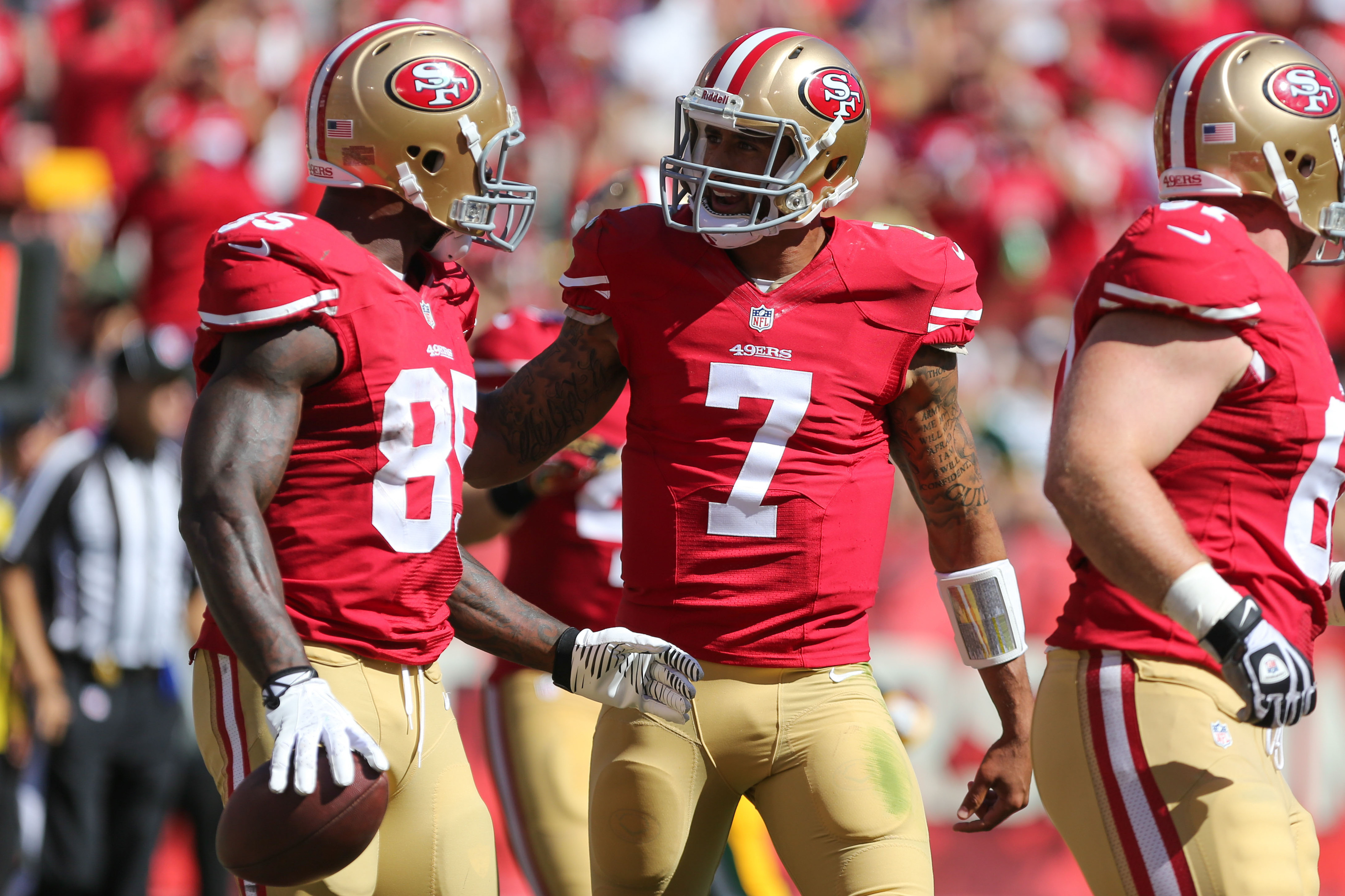 There are a lot of things the 49ers need to do to ensure that they win on Sunday. They have a lot of issues they need to correct, many of which -- as I have already outlined before -- fall under the basic fundamentals of football. Clock management, tackling, avoiding penalties ... all of these things need to be better in Seattle.

I decided to eschew the easy answer of suggesting that wide receiver Anquan Boldin needs to have another 200-yard game. It sure would be special, especially given how clutch many of catches were. But Boldin didn't do his best work in the red zone -- that's where Vernon Davis shone big time. Davis has always been a solid performer in the area, and on Sunday, he caught two touchdown passes.

The second one, which came in the third quarter, was almost routine. The 49ers came up short on the previous play and they took back to the huddle and executed the next play like they had 100 percent confidence that it would work. I said at the time that I imagined Kaepernick going back to the huddle and saying "Well, looks like we'll just have to throw it to Davis," and Davis responded "Cool."

And that was it. Boom -- touchdown. Davis' other touchdown was a 20-yard touchdown pass, so it qualifies for the red zone as well. Boldin will make some great catches and continue his blossoming rapport with Kaepernick, but Davis is the best option to tear it up in the end zone and the 49ers will desperately need that against Seattle and their tough secondary.

CB Nnamdi Asomugha needs to learn how to tackle

There was poor tackling from multiple players on Sunday. Even NaVorro Bowman and Patrick Willis both missed tackles in a very poor way. But Asomugha missed at least two, and you can probably pin a third or even a fourth on him. Down the stretch he locked up and started playing better in coverage, but the early-goings were bad.

Without Percy Harvin, Seattle's group of receivers aren't quite as formidable, but they're still good. There's Sidney Rice, Golden Tate and tight end Zach Miller. I have a feeling that both Carlos Rogers and Tarell Brown are in for strong games.

Where the Seahawks can really hurt the 49ers is that third man. At times it will be Doug Baldwin, and at others it will be Tate. While Tate has had a so-so career thus far, what he has shown is a propensity for making the big plays when they're needed, especially last season. If Asomugha is on Tate and he misses a tackle, then it's over. Tate makes a touchdown. That's just how it goes.