The 49ers have dealt away Cam Johnson for a seventh round draft pick. We take a look at where the 49ers stand in terms of draft picks heading into next April. New to Niners Nation? Sign up here and join the discussion!

The San Francisco 49ers took care of some roster business this morning, trading outside linebacker Cam Johnson to the Indianapolis Colts for a conditional draft pick. According to Ian Rapoport, the pick is a seventh round choice. My guess is the "conditional" means on the condition he passes his physical. Some here were hoping for a fifth or better, but it is not surprising it did not go that high. The 49ers did not have much leverage in dealing Johnson, given that he was at the bottom o the depth chart.

Whatever pick the 49ers do get, it will add to yet another bountiful draft. A year after holding 13 draft picks in 2013, the 49ers will once again have double-digit picks in 2014. Here is a rundown of their current picks

The general belief is they will get a third or fourth round pick for the loss of Dashon Goldson. Other than that, they could be looking at a couple more, but I am not completely sure about that. They also lost Delanie Walker, Ricky Jean Francois, Isaac Sopoaga and Ted Ginn, but they signed Dan Skuta, Phil Dawson, Craig Dahl and Raymond Ventrone. I always get the math screwy with the potential comp picks. 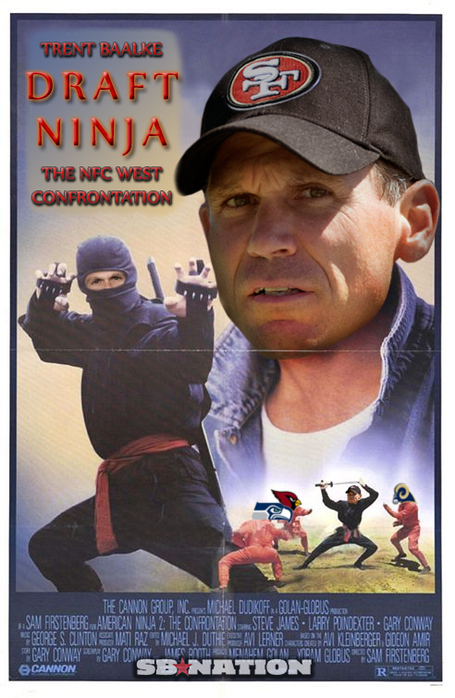