Week 2 wasn't kind to the 49er fantasy stars. The team returns home and hopes to get back on track in a big way. Many are expecting the 49ers to blow the Colts out of the stadium on Sunday. This is easier said than done when you are up against Andrew Luck who has crafted numerous comebacks in his young NFL career. Here is a quick look at the players of fantasy football interest in this week 3 matchup.

San Francisco will be facing one of the league's better passing attacks when they face the Indianapolis Colts in week 3. A matchup made more intriguing due to the Colt's newly acquired rusher, Trent Richardson.  They have their franchise QB and now a power rusher to help balance out their attack.

Week 2 wasn't kind to the 49er fantasy stars. The team returns home and hopes to get back on track in a big way. Many are expecting the 49ers to blow the Colts out of the stadium on Sunday. This is easier said than done when you are up against Andrew Luck who has crafted numerous comebacks in his young NFL career. Even with their new running back, the Colts would be wise to attack the Niner defense through the air. Conversely, San Francisco should be able to utilize a mixed attack to keep the Colts guessing on defense. Here is a quick look at the players of fantasy football interest in this week 3 matchup:

49ers vs. Colts: Everything you need to know 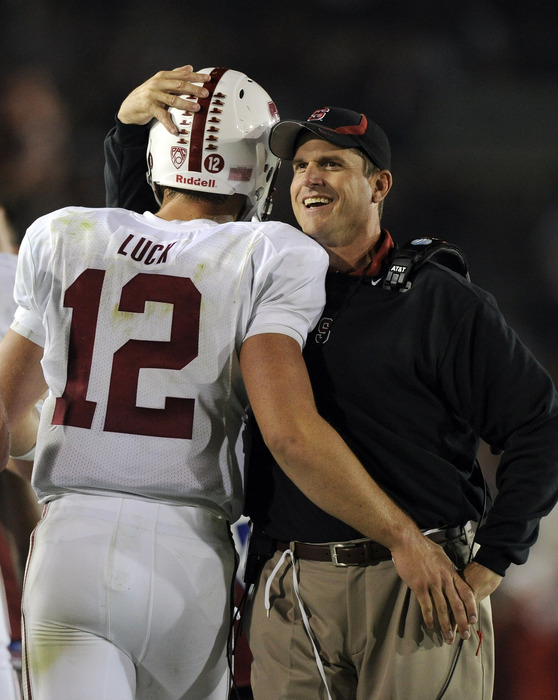 Indy travels to The Stick to face their best opponent to date by a large margin. If Terrelle Pryor gave this defense fits imagine what CK7 may be able to do when aiming for a bounce back performance. The one thing that may limit Kaepernick is if the Niners get their run game moving for the first time this season. Even if Gore gets it back on track, Colin should be in for a heck of a rebound game against a middle-of-the-road defense. Start with confidence this week.

When the Colts can control a game with the run, Luck is less likely to destroy a defense with his arm. When the game is close, or if he is in comeback mode, is when Luck delivers fantasy gold. There is a certain "student vs. master" aspect here normally reserved for old samurai movies. Luck squares up against his old coach who has a fantastic understanding of his flaws and abilities. What may help save his fantasy value this week are Luck's legs. You won't confuse him for Kaepernick, but he has 76 rushing yards and 1 rushing TD in two games after for rushing for 5 TDs in 2012. The Colts offensive line has their issues, so expect #12 to be on the move. If the Colts do find themselves trying to come back late in the game, then his arm and receivers are a serious threat. Lower your expectations a bit this week, but a 250/2/1 line isn't out of the question.

Yes, his first two games have been miserable for fantasy owners, but this week should be a good indicator of his value. With only 9 carries last week Gore has to be chomping at the bit to earn his first big game of the season. Neither Darren McFadden nor Lamar Miller were able to eclipse 70 yards (Terrelle Pryor tore them up for 100 yards week 1), but neither offense was able to lean on their running backs. Gore has a shot at a 20+ game and that should be enough for him to be a high end RB2 this week.

The "rolling ball of butcher knives" faces a tough challenge in his Colts debut. Marshawn Lynch obliterated the Niner defense last week, but he has a rich history of doing such things against San Francisco. Richardson sounds like he will get plenty of action, but the Colts could fall behind early which would make it difficult for him to find steady work on Sunday. Richardson is a FLEX at best, but ultimately finds himself in a better situation for the rest of the season.

Bet you thought you were pretty smart when you drafted this guy. Such is the life in the fantasy fast lane. He should see decent touches Sunday, especially on passing downs given his knowledge of blocking schemes, but the trade certainly buried any long term fantasy value past week 3. There are very few situations that warrant holding onto Bradshaw after Sunday. Hope you enjoyed the ride.

Let's not overreact to one bad outing, especially when no one on the offense had a night to remember. This matchup is far friendlier and the Colts are just a middling pass defense. Boldin should be targeted throughout the game and is a strong WR3 this week with a slight boost in PPR leagues. Might be a good time to try and pry Boldin from any owner who may think he was a one week wonder.

Hilton is one of my favorite receivers to watch. The guy has an incredible ability to get open deep and always seems to be a good bet to come down with the jump ball. Operating out of the slot, I like his chances to beat out Reggie Wayne in fantasy points Sunday. Hate to beat a dead horse, but with San Francisco going in as a double digit favorite the odds of Luck having to throw it 35+ times is highly likely. Against this defense, Hilton is best equipped to be on the other end of those attempts. T.Y. is a sneaky pick for a top 20 game at wide receiver.

Don't let the drop in targets and his week 2 performance get you too low on Wayne. He is still Luck's most trusted option and a weekly WR2 start. That being said, this isn't a defense he is suited to exploit. Wayne catches most of his targets within 10 yards of the line of scrimmage. San Francisco does a great job of covering the short pass, but Wayne could find some success when they move him to the slot. If you drafted him you probably don't have a better option for your WR2. Roll with him and expect a similar outing to last week with a likelihood of a short TD.

Vernon says his hammy is good to go, but as of Thursday he hasn't practiced. The Colts haven't allowed a passing touchdown to any TE this year, but Charles Clay did go 7/109 against them last week. Expect something much closer to week 1 Vernon Sunday evening.

It's like a Stanford reunion this week at Candlestick. Fleener had a tough rookie season, but with Dwayne Allen out for the year he seems to be back in sync with Luck. Unfortunately for Fleener, the Niners tend to handle opposing TEs well and he may be blocking more than normal as Indy tries to keep Andrew Luck from being devoured by Aldon Smith and Ahmad Brooks.

He didn't see much action last week, but the 49ers weren't running the ball much. If San Francisco gets back to their roots of power running out of unique formations then Hunter stands to get around 10 touches. That should be enough to be a valuable FLEX option in deeper leagues.

Got a fantasy question? Leave it in the comment section to see what the crowd thinks!