The 49ers travel in Week 4 to face the St. Louis Rams on Thursday Night Football. The 49ers are three point favorites in a matchup of two teams trying to stop two-game losing streaks. Read on for all the nuts and bolts of the game from the odds to the TV schedule to the announcers, online streaming and more. New to Niners Nation? Sign up here and join the discussion!

Fooch's Note: We've got inactives for the game

The San Francisco 49ers head on the road to face the St. Louis Rams in a Week 4 matchup featuring a pair of teams looking to snap two-game losing streaks. Considering the teams are squaring off in a short week, there is a chance this could be a rather ugly affair. It's nice to get back in action so quickly after an ugly loss, but it also means the teams have less time to recover from injuries. The 49ers will likely be without Patrick Willis and Nnamdi Asomugha, while the Rams will be without Rodger Saffold and Williams Hayes.

49ers-Rams: All You Need To Know 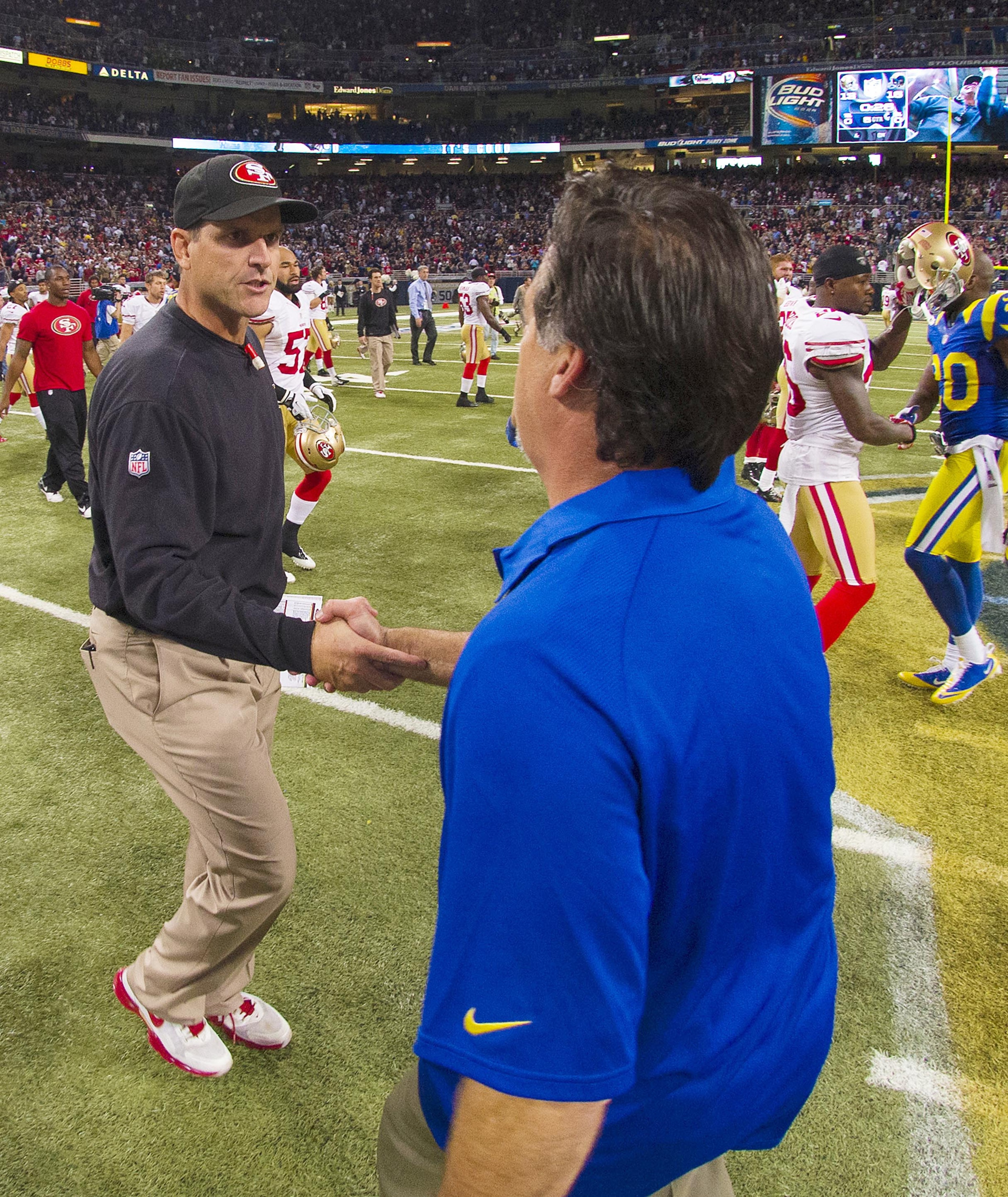 Last year, these two teams squared off in a pair of overtime games that saw a 24-24 tie at Candlestick Park, and a 16-13 overtime win for the Rams at the Edward Jones Dome. The teams have made changes since last year, but there is a good chance we could see another tight matchup on Thursday Night Football.

The game kicks off at 5:25 p.m. Pacific time, and will be broadcast across the country on NFL Network. If you are not sure whether or not you have NFL Network, you can use their Channel Finder. There will be no legal online streams, but hopefully you've got an opportunity to watch the game.

SB Nation blog: Turf Show Times | Under the radar 49ers and Rams | Why each team will win