Jim Harbaugh's pants and the notion of decision fatigue

49ers head coach Jim Harbaugh gets razzed for wearing the same outfit all the time, but there is likely a method to his madness.

Share All sharing options for: Jim Harbaugh's pants and the notion of decision fatigue

Earlier this week, San Francisco 49ers head coach Jim Harbaugh made an appearance with the University of Kansas basketball team. He met with head coach Bill Self and the team to provide some words of wisdom before their game against the Texas Tech Red Raiders. The highlight of that of course was Coach Harbaugh knocking down a half court shot during pre-game warmups. However, he also took it as an opportunity to bring a life-long Jayhawks fan to the game, in the form of his father-in-law (fun interview here).

In case you missed it, here's video of his half court shot:

The video of Harbaugh hitting the half court shot went viral, and the one part that was a consistent theme in a lot of articles and tweets was that he was once again in his game-day uniform. He was sporting the khaki pants, black top and 49ers hat. It's become a running joke, but as we can see, the man sticks to what works.

Jim Harbaugh at Pebble Beach in 2012: 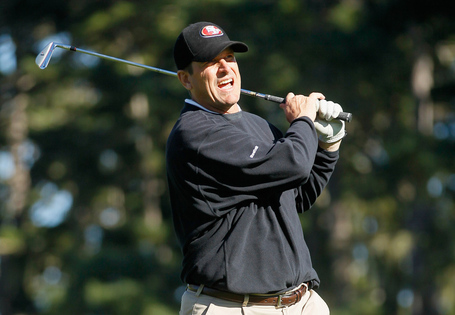 Jim Harbaugh at Pebble Beach in 2013: 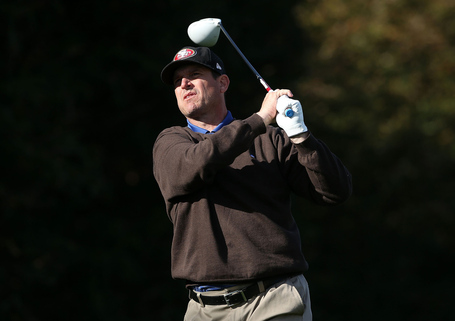 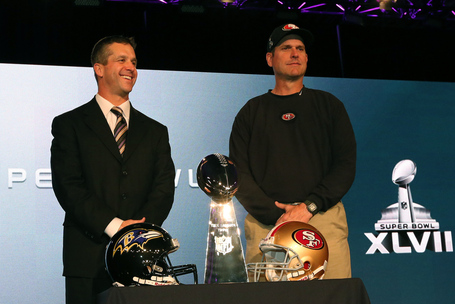 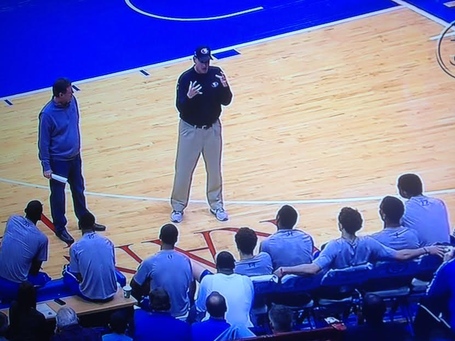 It's become a "funny thing", but there is a method to Harbaugh's madness. He's repeatedly mention how this removes one decision from his day. It is worth noting these particularly khakis apparently cost him $43, and were not the $8 ones we heard about before. The ones at the Kansas game appeared to be flat front, instead of pleated, so maybe he upgraded. There was some discussion of that before as his wife wanted him to make a change, so maybe that's what happened.

The notion of simplifying the decision process is not something new. User "Woody Wins" pointed to an article that led me to this one about how President Obama has instituted some things to help boost his own personal productivity. The article talks about limiting decision fatigue. While it's safe to say the President of the United States has just a few more decisions to make than a coach, it is still applicable. Coach Harbaugh has singular focus, and removing clothing decisions can help that focus. In some ways it's a little nutty, but if you're that hyper-competitive, I can see how it matters.