49ers have spoken with Michael Crabtree's agent about contract

Trent Baalke confirmed the San Francisco 49ers have been in some discussion with Michael Crabtree about a new contract. There is no word on how extensive the talks have been, so we're left to speculate (par for the course!)

Share All sharing options for: 49ers have spoken with Michael Crabtree's agent about contract

San Francisco 49ers general manager Trent Baalke spoke with the media, and the final question was about Michael Crabtree's future with the team. Baalke confirmed the team has been working with Crabtree about a contract extension. His comments did not provide much detail, but when Baalke talks contracts, he is not one to go into much more than generalities.

Is Michael Crabtree here and are you negotiating a contract with him?

"Michael is here. We're constantly working with our guys that are becoming free agents to see what it is going to take to extend them. Michael's no different. He's a darn good football player. A guy we drafted. We are always going to try to keep our own guys rather than go into free agency and pay guys who haven't invested themselves in this place like these guys have."

There has been plenty of chatter on the site lately about Crabtree's future (Fan Post 1, Fan Post 2). The 49ers have quite a few notable free agents coming up for new contracts in the next two or three years, and they will have to prioritize those deals. We don't know how much Crabtree (or Iupati or others) want. We've only heard speculation about what Colin Kaepernick wants, but he's the one guy where we can kind of sort of start figuring out the general market he is likely looking at. Other than that, we're left in a bit of a guessing game with the rest of the players.

At this point, most of the people contending Crabtree will not re-sign with the 49ers assume he will want a huge contract, and/or they are stuck to the amusing notion that he is going to sign with the Dallas Cowboys. I won't say that he won't sign with the Cowboys, but saying arguing he will sign with them specifically because of his previous fandom is ridiculous given how many players were fans of other teams at some point or another. After all, Patrick Willis was a Cowboys fan at one point.

I am not surprised people hold it over Crabtree. It's not fair, but I get that people believe the holdout dictates he will walk this time around. I think the situation was a little different at the time given his slide in the draft. Where it gets interesting this time around is how Crabtree and his agent see the market unfolding next fall. Right now, the 2015 market could be kind of filthy. You've got big names like Brandon Marshall, Roddy White, and Wes Welker, among many others. When healthy, Crabtree has been a huge presence for the 49ers. He made a fantastic recovery form his torn Achilles. If he can stay healthy and put up a strong 2014, his value will continue to climb. He does not have the same high national profile as a Brandon Marshall or Wes Welker, but he has been a huge weapon for quarterback Colin Kaepernick.

I have no idea if the 49ers will get Crabtree re-signed. He has proven how important he can be to this offense, so it makes sense to try and work out a deal. As Eric Branch pointed out, at this point the two sides are likely trying to figure out what ballpark Crabtree is looking for with his next deal. Reports about Colin Kaepernick's extension talks indicated they initially started by figuring out the ballpark before moving on to more specific numbers. There's no point in a team offering something that will be wildly lower or higher than what a player is thinking he is worth.

But it also seems like both sides are going to need to compromise to some extent. Crabtree's career numbers are not huge, but injuries and significant question marks with the offense have impacted that. On the other hand, the injuries are of concern. I don't think they're the be-all, end-all in contract negotiations, but the 49ers would be foolish to not factor the Achilles and older foot injuries into their side of the contract negotiation.

The 49ers and Crabtree have plenty of time to work on this. We've still got over four months until the regular season starts. Negotiations will happen, and now that word is out the two sides are talking, I have to think we'll hear information leak out here and there.

And if negotiations do turn sour? Well, we know what to do! 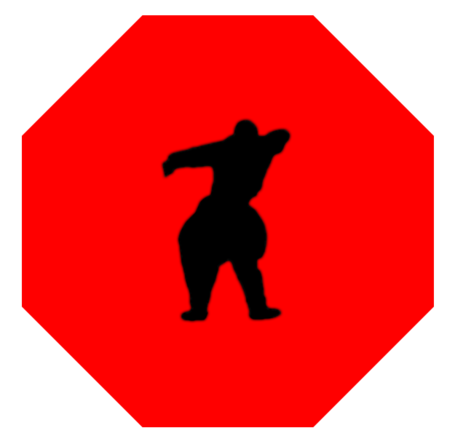