The vote for the Madden 15 cover continues along, and we await the results of Colin Kaepernick vs. Richard Sherman, and Cam Newton vs. Andrew Luck. The championship round starts May 30, so I assume we'll hear some results either that day or the day before. You can vote HERE.

In the meantime, some folks have been putting together mock covers featuring the various athletes. Here are two featuring Colin Kaepernick. I like the first one given the extra detail put into it. I'm not holding my breath on the vote. I think Kap could beat Sherman in a popularity contest, but I also think a lot of Kap fans are concerned about the Madden curse. I don't believe in the curse, but I know that plenty of people do, so feel free to vote however you want, if you want to vote at all. 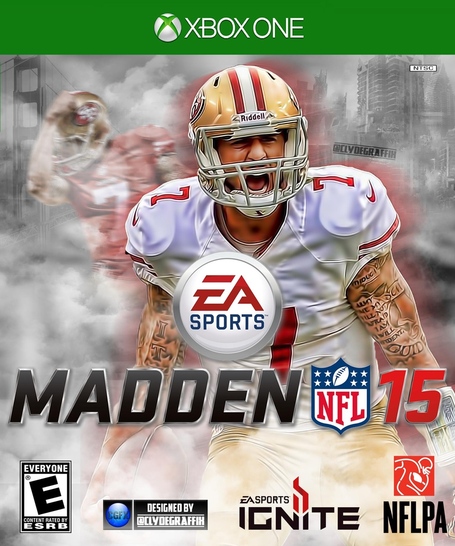 Cover via yomattmatt on 49ers sub-Reddit 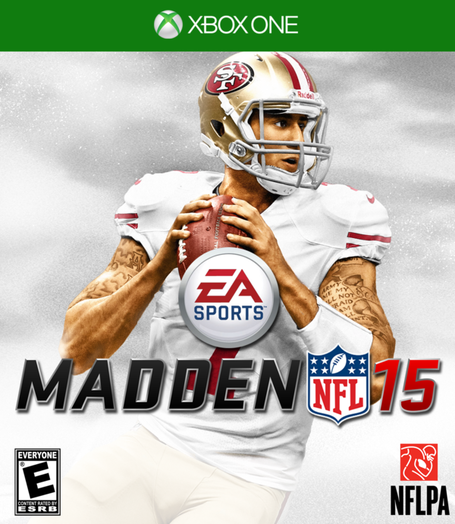