The NFL released the Super Bowl 50 logo, with a basic one, and an alternate that's pretty cool.

The NFL and the Bay Area's Super Bowl committee have released the logo for Super Bowl 50, and all indications are that the roman numeral L will not be used. The NFL has released a pair of logos for the game. The NFL describes the first logo as follows:

While continuing to feature the Vince Lombardi Trophy as the centerpiece of the Super Bowl logo, the use of “50” makes a bold statement about the Super Bowl and the historic 50th game. The gold “50” aligns with the preeminence of the Super Bowl, the silver trophy, and reflects the host region's historic Gold Rush in the broader setting of the Golden State. 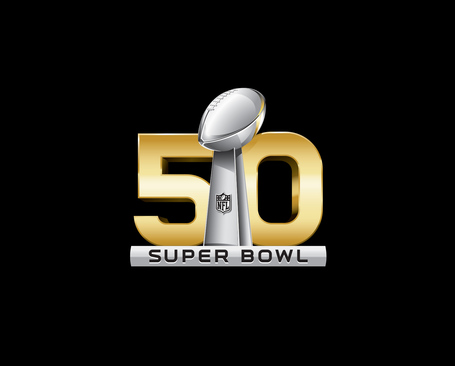 The second logo is a regionalized version. They describe it as follows: 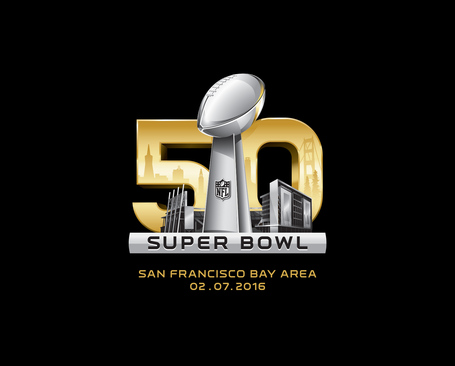 The NFL also announced that the plan is to go with Super Bowl 50 for the 2016 Super Bowl, but then switch back to roman numerals for Super Bowl LI. A week ago we heard that the Bay Area Super Bowl Committee was hoping to switch away from roman numerals, and the NFL apparently has decided that's OK.

Now it's just a matter of hoping the 49ers get in on the action and are playing in Super Bowl 50. A host city has never had their team in the game. The closest was when Stanford hosted 49ers-Dolphins in Super Bowl XIX, and the Rose Bowl hosted Rams-Steelers in Super Bowl XIV. How's about the 49ers change that, and go for their repeat at home?