Well sports fans, the second round of the Offseason Caption This! context is in the books, and I want to take this first opportunity to congratulate the community on some EXCELLENT! captions, We managed to triple our amount of names on the leader board, doubled the activity from round one, and had some decidedly chuckleworthy back-and-forth. With that being said, I'd like to point out one new addition - I've expanded the board to give mention to 2nd & 3rd place finishes in addition to 1st place winners. NOTE! Please remember to check out the fanposts, as these are not guaranteed to be published on the front page. Plus, there's some other really great content. Similar to rounds 1 & 2, this will be open for 4-5 days.

Our big winner for the second round was leafeyuk49er with a whopping 57 rec's for:

"Are these guns legal in California?"

The second and third place winners this round were the returning champion sonuvafitch (31 recs) and mcwagner (26 recs). If our winners want to post their Twitter handles to pick up a few more followers, just leave it in the comments and I'll find a way to post them. (Don't look now, but @Harbaughcalypse is up near the header, wink wink)

2. The currency for this contest will be Rec's. There is no limit on how many posts you Rec. Each new round will include the winning submission from the previous round. Each round will be 4-5 days. 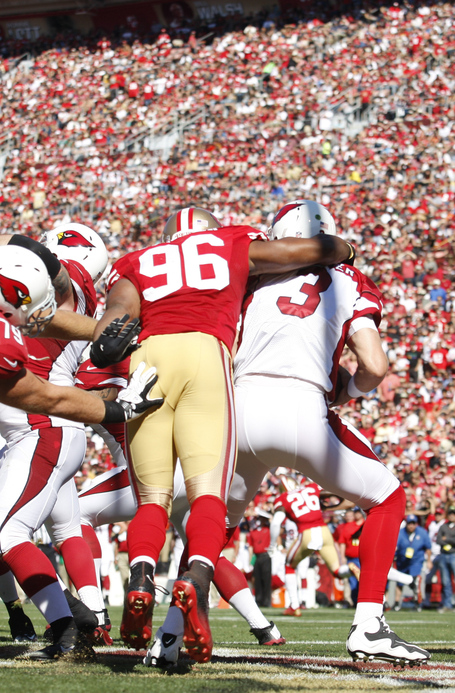