Round 3 is in the books, and kindly allow me to retcon a poor choice by saying "I wanted to force folks to make not-butt jokes", it's obviously a lie but my ego is getting in the way. Anyway, the competition was stiff and the winning caption was the one that didn't make a butt joke, thank whichever deity was looking out. I promise I won't give you such limited selection in the future, please believe me! On a different note, it sure is interesting to watch the leaderboard grow and change, as it most certainly has. NOTE! Please remember to check out the fanposts, as these are not guaranteed to be published on the front page. Plus, there's some other really great content. Similar to previous rounds, this will be open for 4-5 days.

Our big winner for the third round is our returning champ, leafeyuk49er with 23 recs for:

The second and third place winners this round were NinerfaninMaine (21 recs) and RUNsilentRUNdeep (19 recs). If our winners want to post their Twitter handles to pick up a few more followers, just leave it in the comments and I'll find a way to post them. (Don't look now, but @Harbaughcalypse is up near the header, wink wink)

2. The currency for this contest will be Rec's. There is no limit on how many posts you Rec. Each new round will include the winning submission from the previous round. Each round will be 4-5 days. 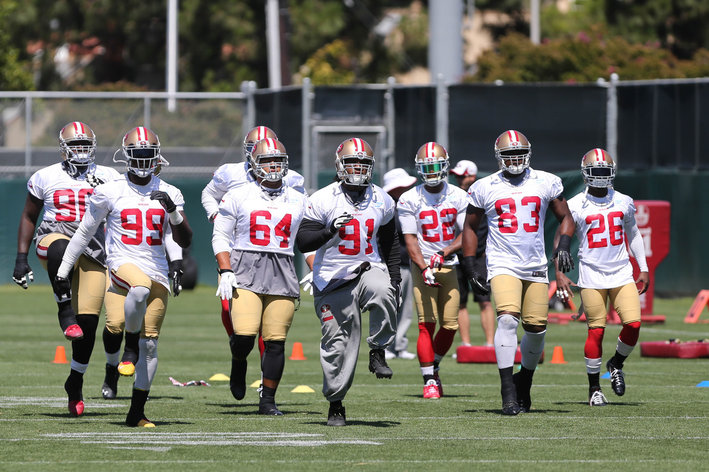