In the hopes of keeping some activity for the dog days of the offseason, I present to you the first round of the Niners Nation Offseason 2014 "Caption This!" Contest. I hope to go through about 10-15 rounds before the season starts, and it's a fun way to get the creative and competitive juices flowing.

2. The currency for this contest will be Rec's. There is no limit on how many posts you Rec. Each new round will include the winning submission from the previous round. 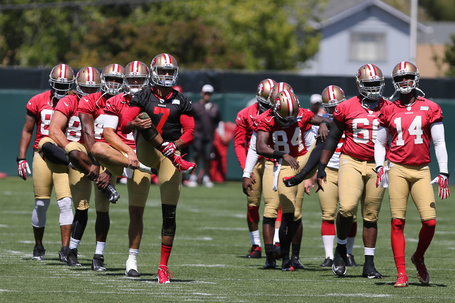