When things get quiet in the NFL, random folks come up with fun ways to occupy their time. One such way is re-imagining NFL team logos through various lenses. I stumbled across a couple interesting versions earlier today. One crosses NFL logos with corporations, and another crosses NFL logos with the local NBA team. Brandon Hubschman put them together. Both came out with some really interesting logos. For the 49ers, the cross with the Warriors was pretty sweet, while the corporation they used was not so good.

First up, the corporate logo: 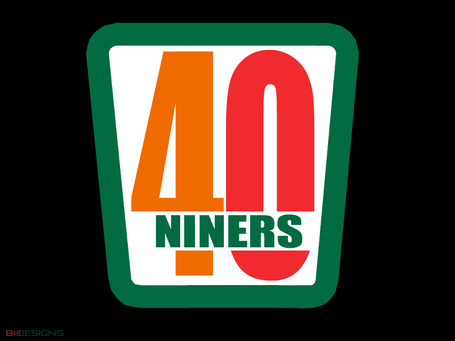 I'm not a fan of this one. I mean, it does match up, but I suppose using 7-11 as the basis is not going to inspire the fans very much. There were some other corporate logos that were kind of random, but most came out better than this. I like the Steelers, Broncos, Chiefs, and Bengals. Even the Seahawks was pretty cool. Not so much for the 49ers.

This next one saw a cross of the 49ers and the Warriors. 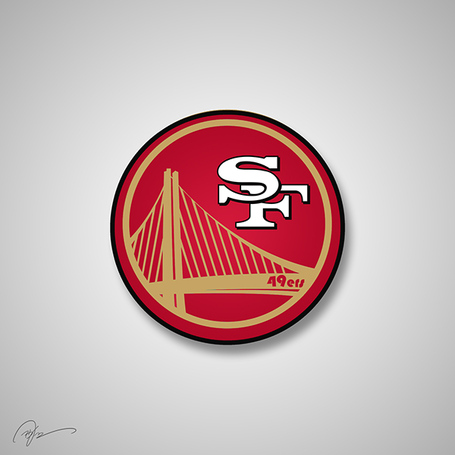 This one I really like. The 49ers won't be particularly close to the Bay Bridge with their move to Santa Clara, but it's still pretty sweet. I'm a fan of the Warriors jerseys that use the bridge, so that probably helps. A lot of the NBA/NFL mashups came out a lot better in my opinion.

Either way, I'm a fan of the work.