Fooch's note: This is an old FanPost. I meant to bump it to the front page a while back, but now's as good a time as any.

In past years, I've provided analysis on the performance of our drafted picks in approximate value vs what we would expect their approximate value to be -- the residual Approximate Value. Well, 2015 CarAV numbers are in, and going back to 2011, no team has less Residual CarAV -- again value above what is expected based on the pick number -- than the San Francisco 49ers.

When looking at total CarAV, we are 29th - but that doesn't take into account extra picks acquired for Alex Smith and similar moves.

So, without further ado, here are the rankings.

Our draft picks have been hot garbage, and there's no other way to describe it. I guess you could say that the Giants have been nearly as bad, but no -- not really! -- when you consider Baalke has blown extra picks! 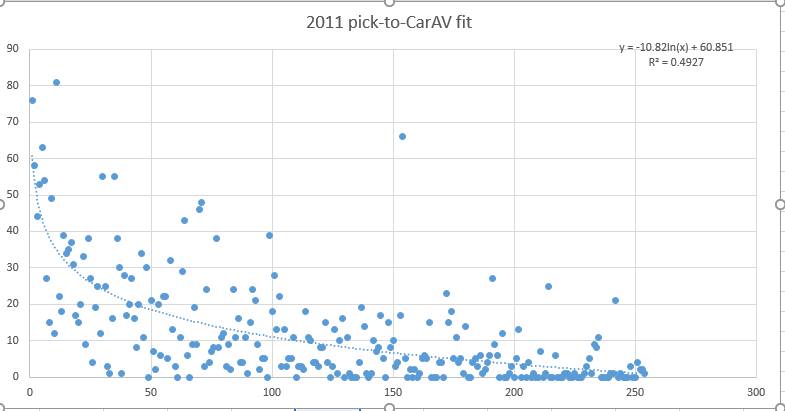