Fooch's note: I love this idea, so naturally, gotta promote it to the front page!

Well, I’m going to go ahead and try to give this a shot because I always enjoy these when Mookie over at Field Gulls does them. He was nice of enough to go ahead and let me steal this idea for NN. This will be a sort of trial run because I’m new to making gifs and they seem to be a little time consuming. I hope everyone enjoys and I’m open to suggestions and ideas of how to improve.

Similar to the abysmal 2015 season, the 49ers opened up with a surprising dominant win over the St. Louis Los Angeles Rams. I'm not going to drink the same kool-aid that I did last year after the first win because we saw how week 2 (and the rest of the year) turned out and the Rams just looked so bad. 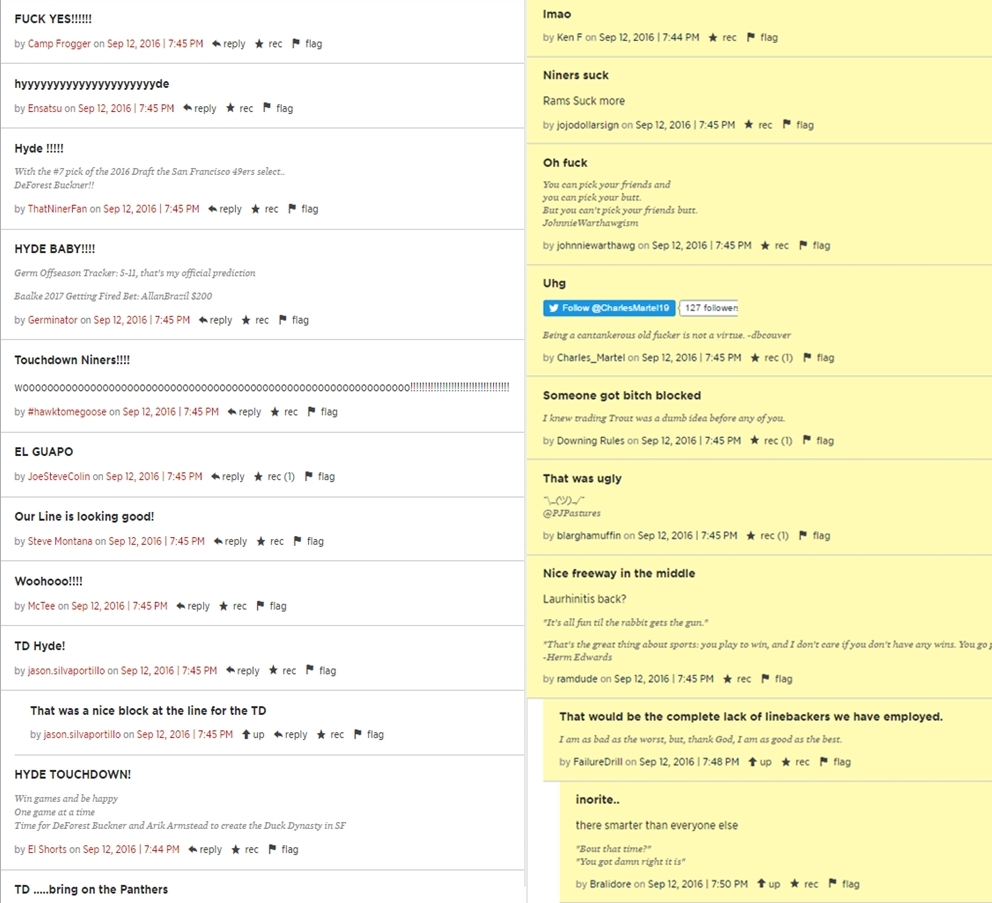 (I just wanted to include NN's reaction on this one) 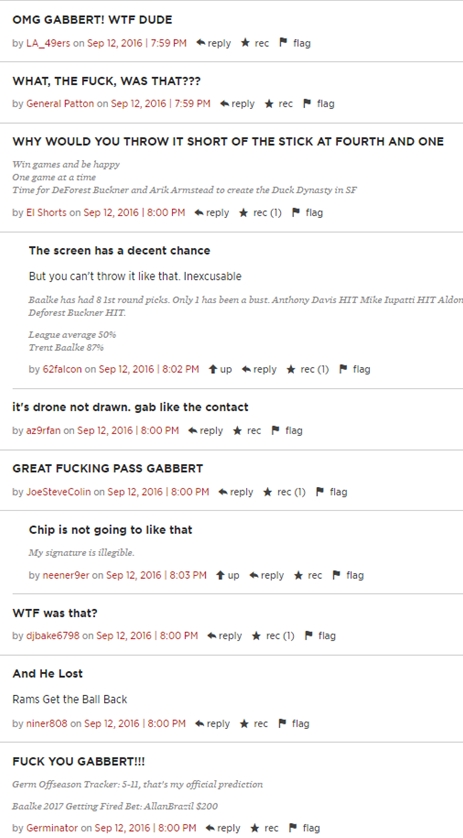 NaVorro Bowman picks off Case Keenum in the 2nd Quarter. (7-0) 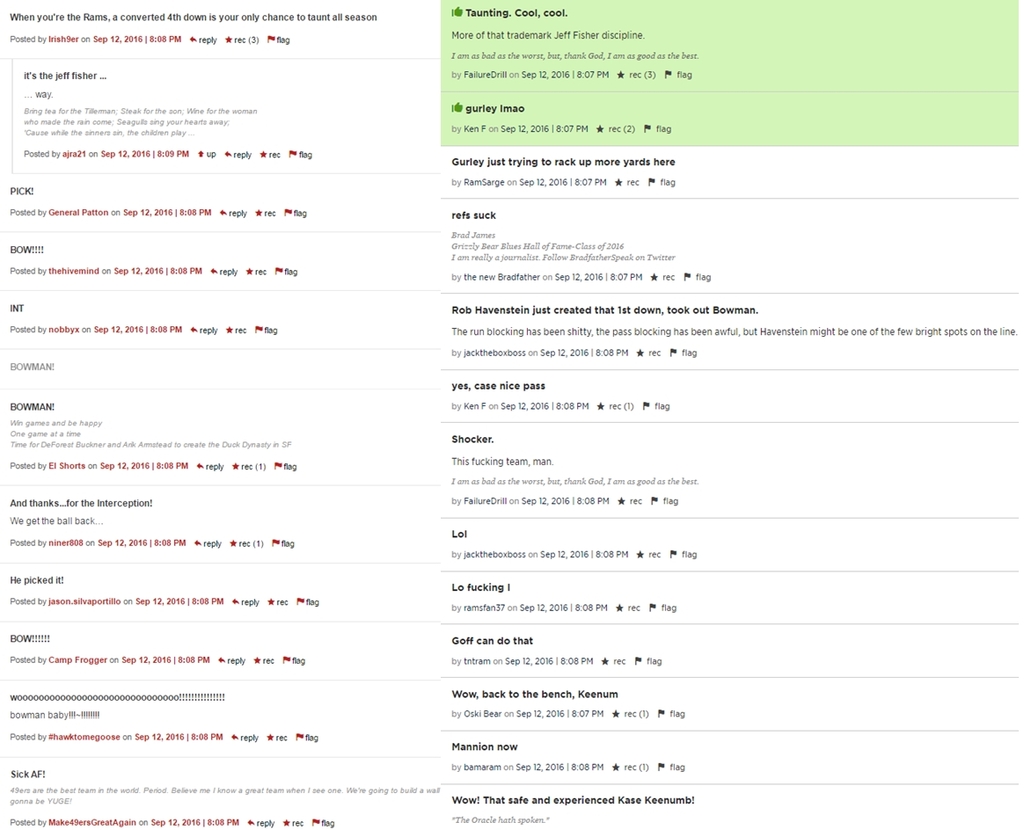 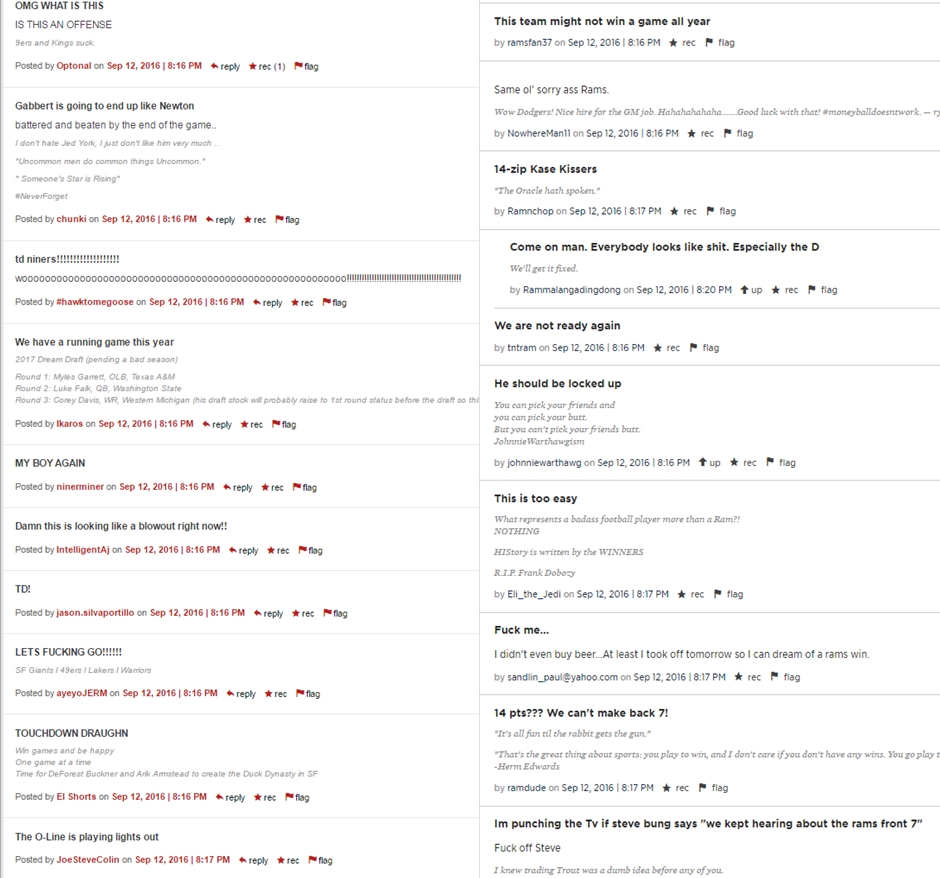 Late in the first half, Draughn does a little too much and fumbles after an 11 yard gain (14-0) 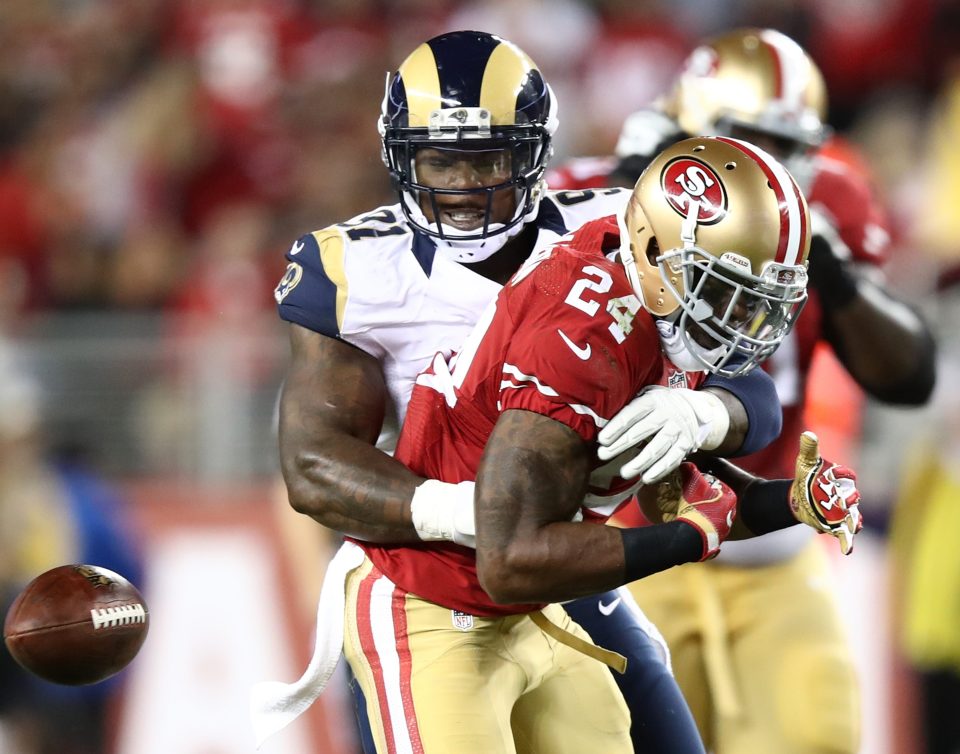 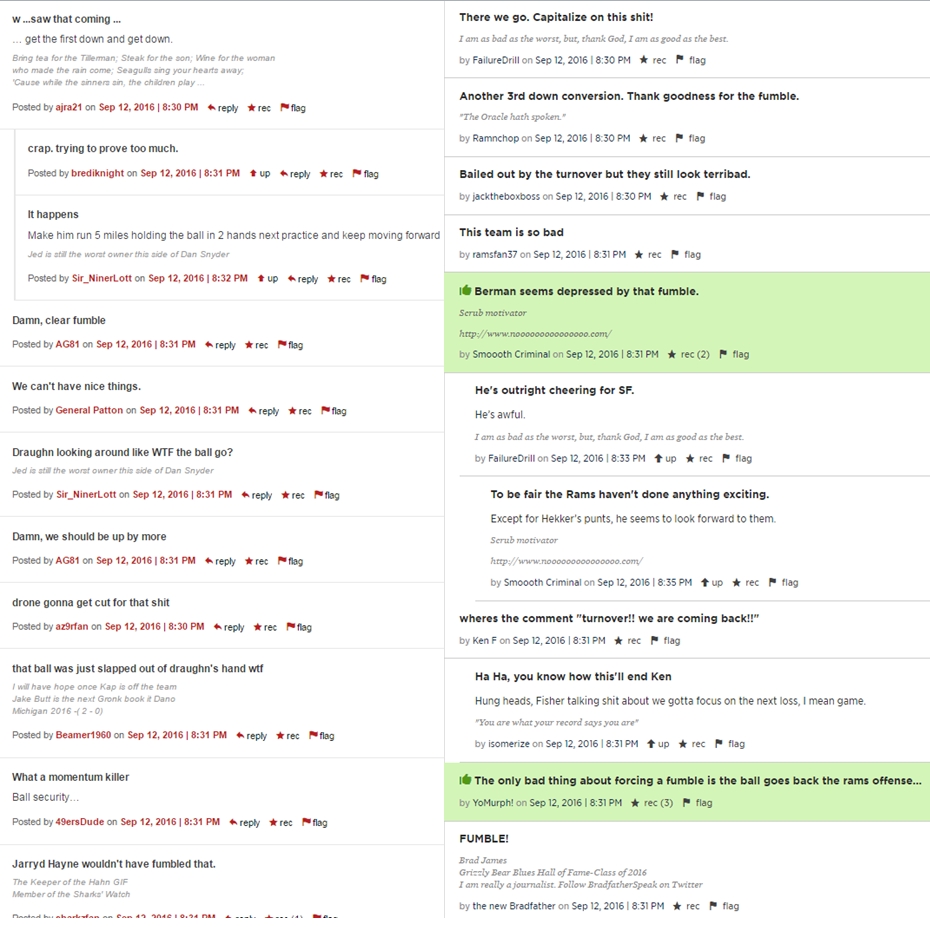 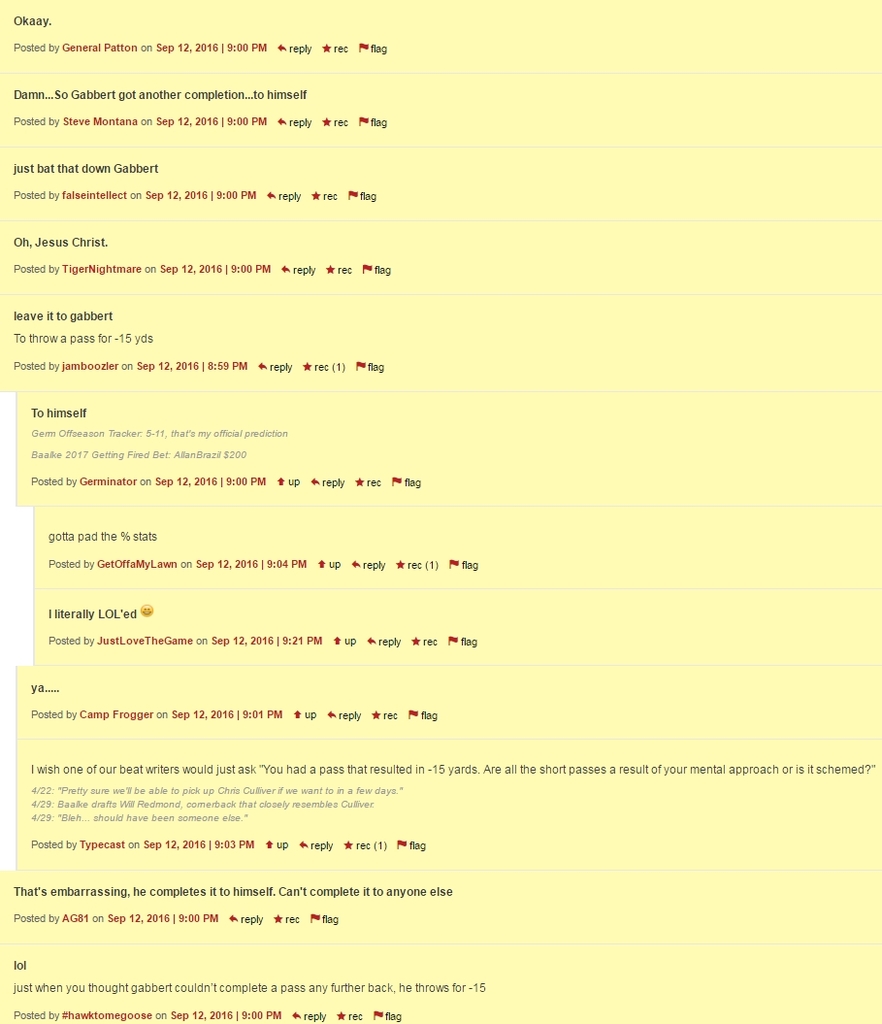 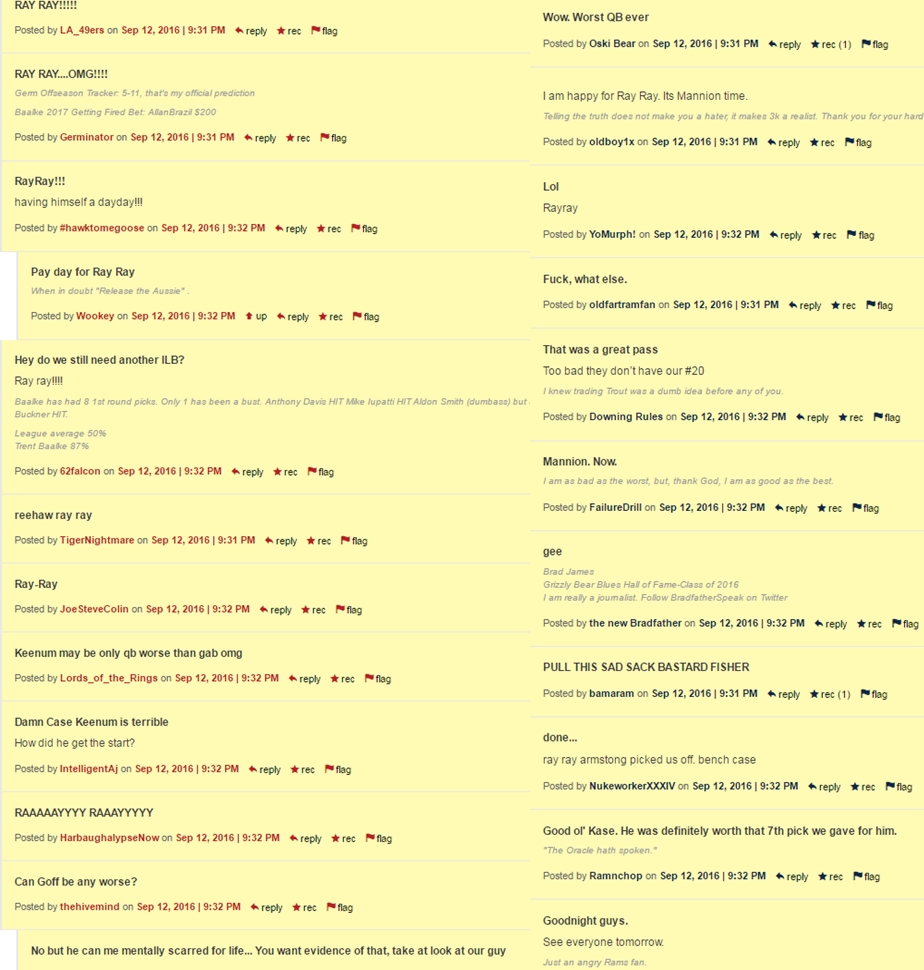 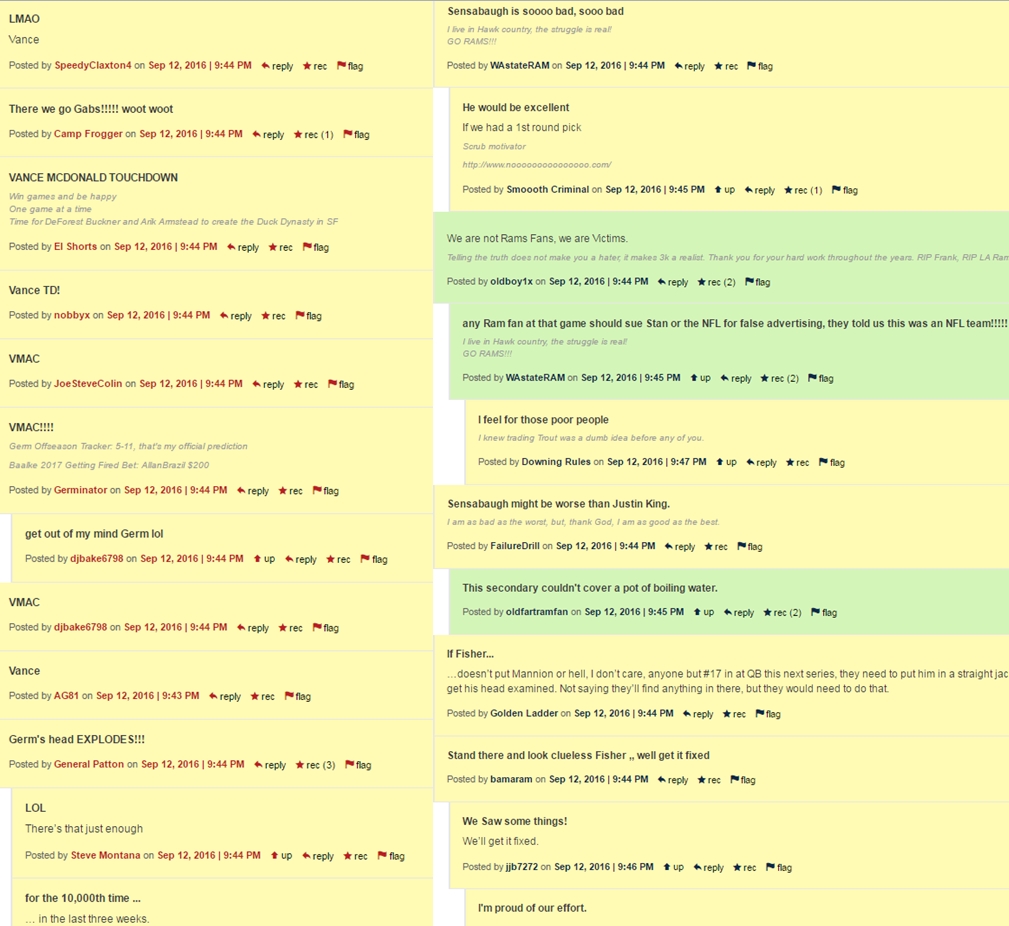 A frustrated Aaron Donald shoves the helmet off of Quinton Patton, bumps in to ref, gets ejected, and throws helmet (21-0) 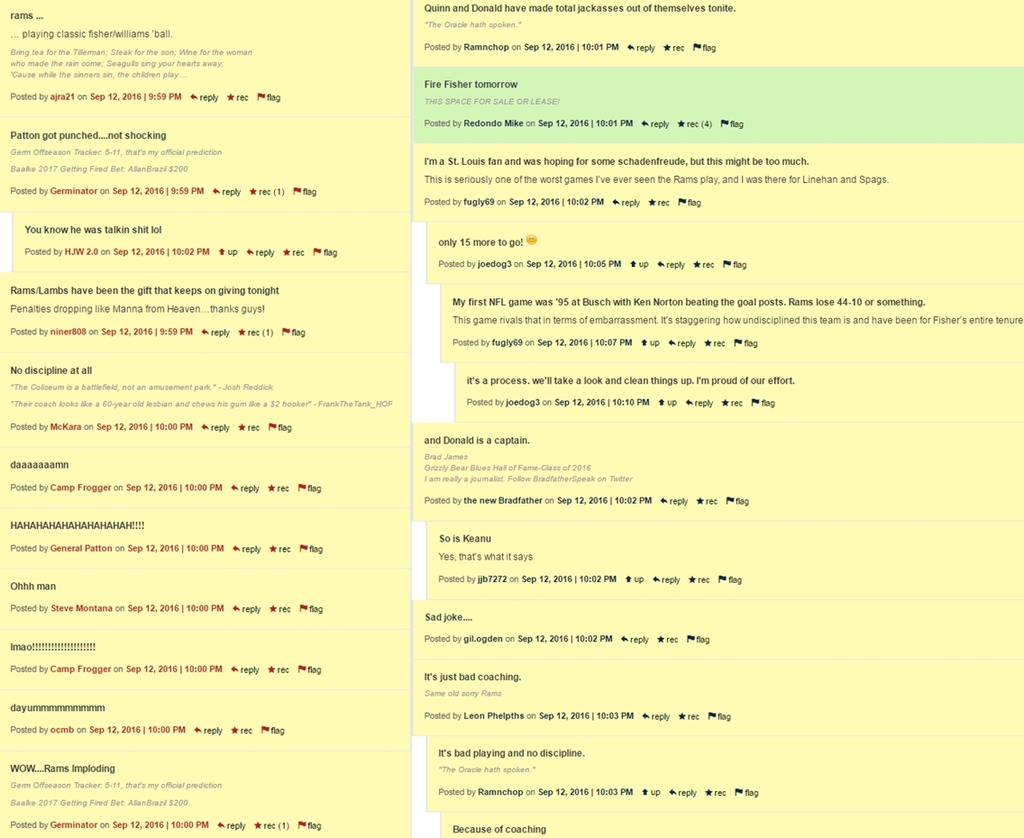 Hyde went on to score the last touchdown of the game on a 1-yard run, but at that point it was late and neither one of the game threads really seemed to care.

Well, there you have it. It was another fun Monday Night Football opener for NN. Like I said before, I'm not getting my hopes up just yet. I will get those hopes up if they can stay competitive with the Panthers this week.

Please let me know if you have any suggestions on how to improve this. The gifs are a work in progress, they are new to me, but I hope to get better at them and be able to have one for every play. Also, if anyone has suggestions on a different title for these, throw them out there.