It's dead time in the NFL, so why not reminisce on good times.

Last year, I took an idea from Mookie over at Field Gulls where he compares comments from his fellow FGer's and and the opposing team's blog during key plays in the game threads. I thought it would be a good time to do this again taking a look back at some of the more exciting game in the 49ers more recent history.

Why not start with the 2012 Divisional game against the Saints. With the help of Fooch, I went back and took comments from our game thread and the game thread over at Canal Street Chronicles to see the difference in reactions.

(For those having trouble reading the comments on PC, don't forget you can use Ctrl and scroll up on the mouse or Ctrl and + to zoom in)

The Saints began the game with a near perfect drive until.... 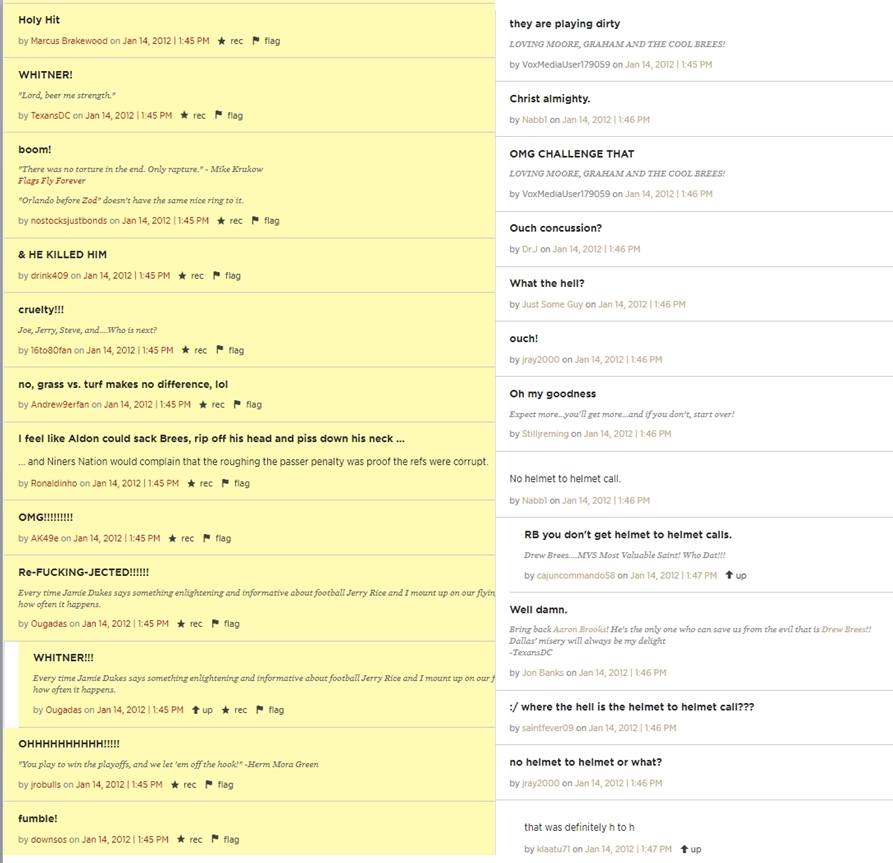 49ers stall after the turnover. After an exchange of punts, the 49ers struck first. 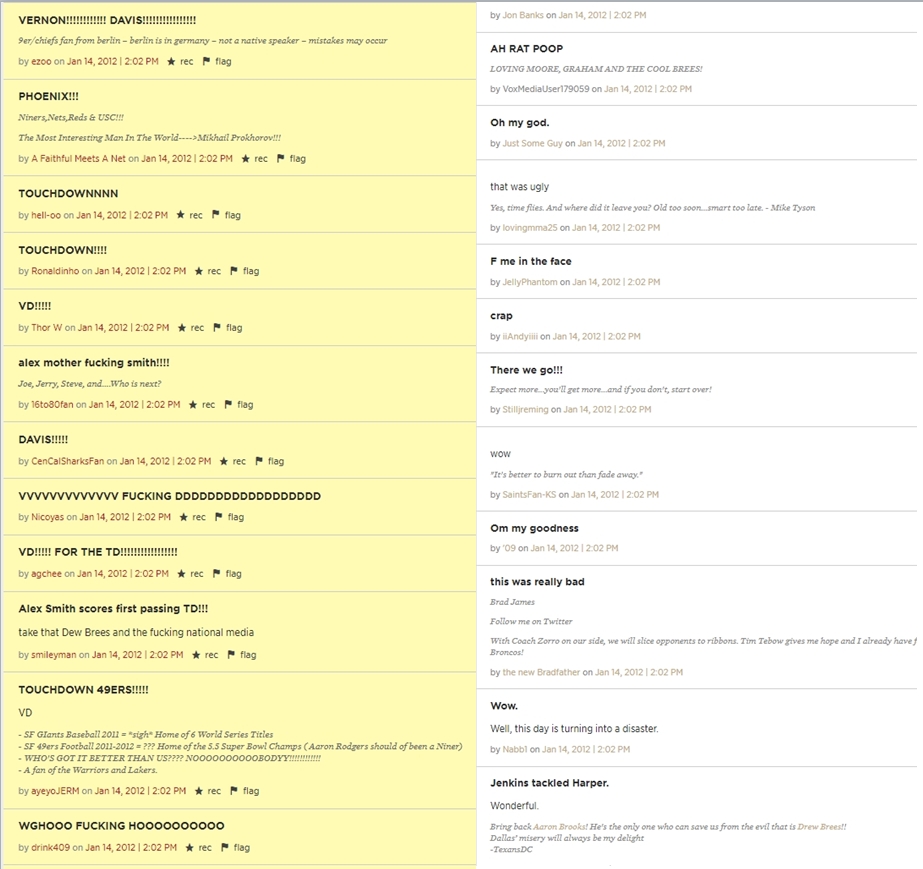 On the very next drive, Brees tries to hit Arrington on a deep pass but it is intercepted by Goldson and returned to the NO 4 yard line. Which leads to... 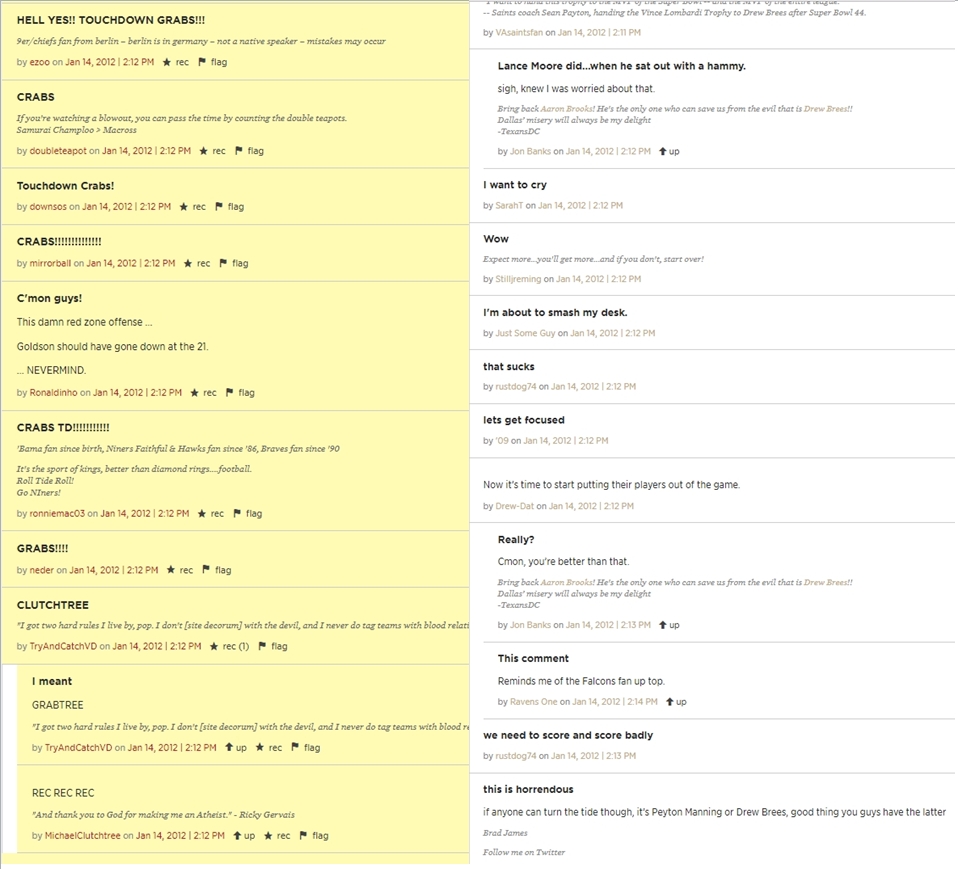 Then, on the following kick-off... 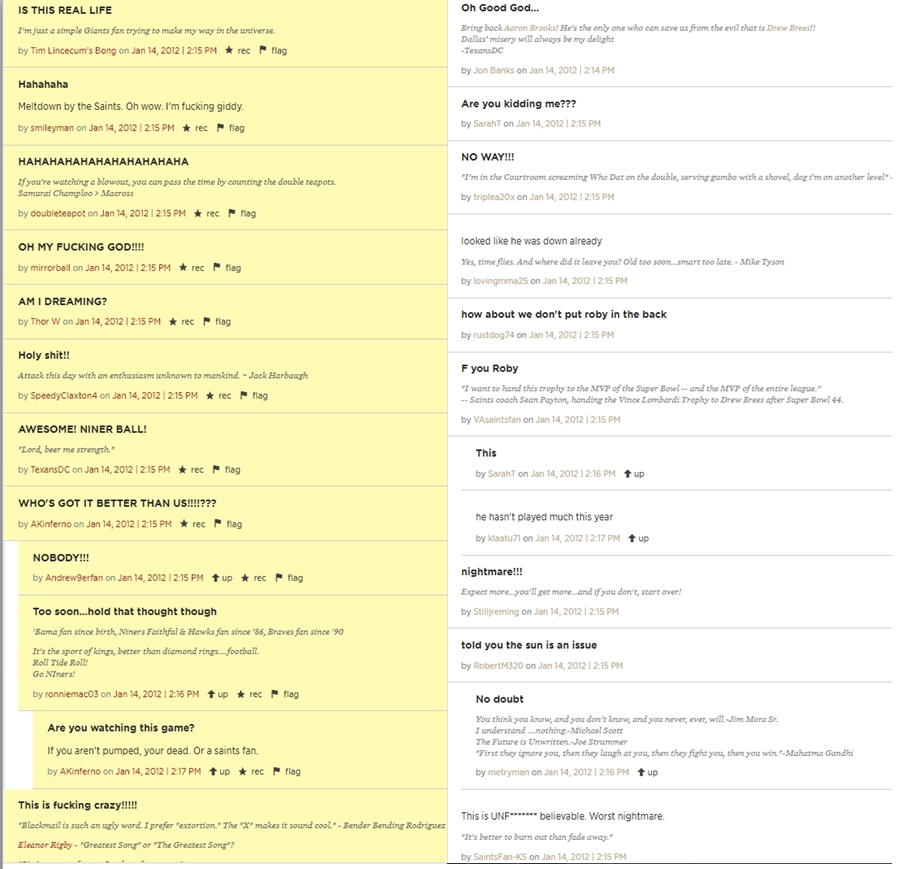 After another close forced fumble by Whitner (overturned by a NO challenge) Brees connected with Graham. 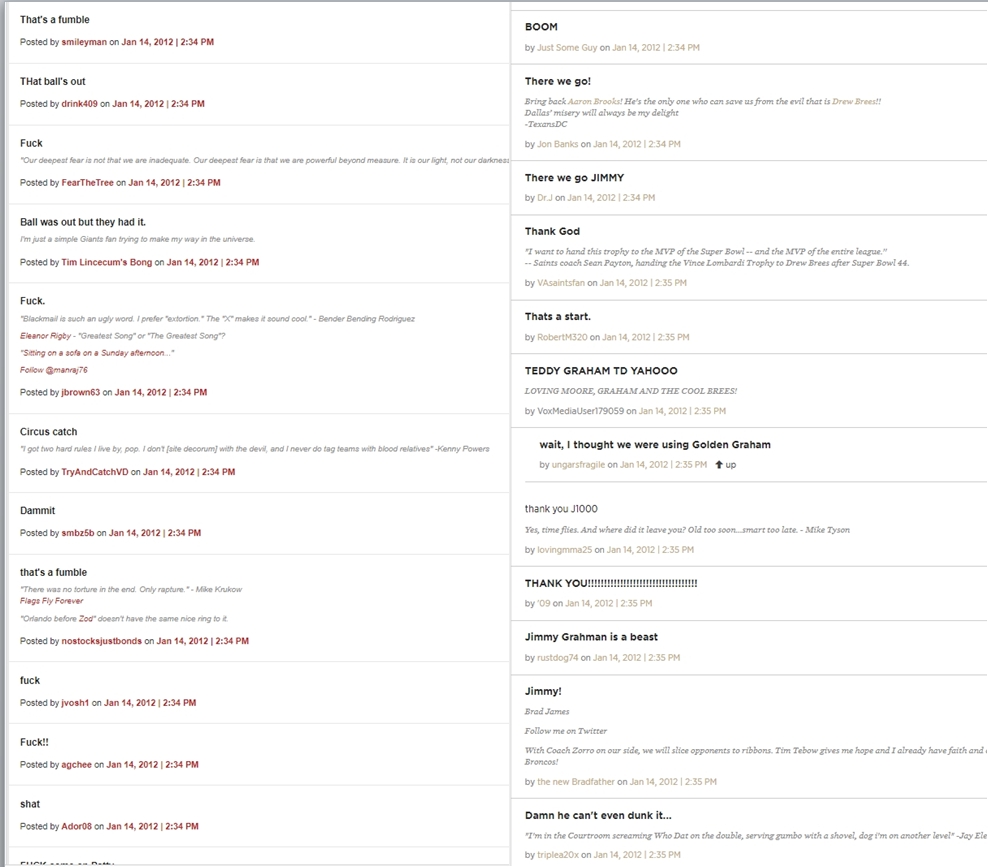 Following a quick 3 and out by the 49ers the Saints drew closer. 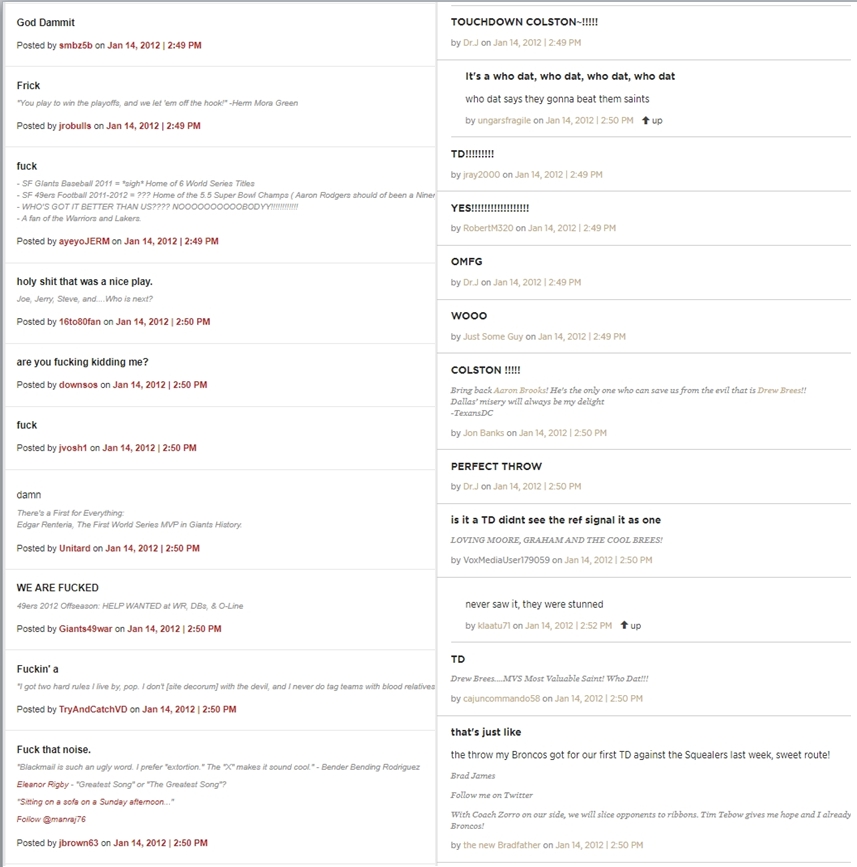 After the TD the 49ers put together a decent drive until Smith was sacked, forcing a punt. After the two-minute warning, Brees threw up a deep pass hoping to help tie the game or go into halftime with the lead. But...

(he ended up being down by contact but this still happened) 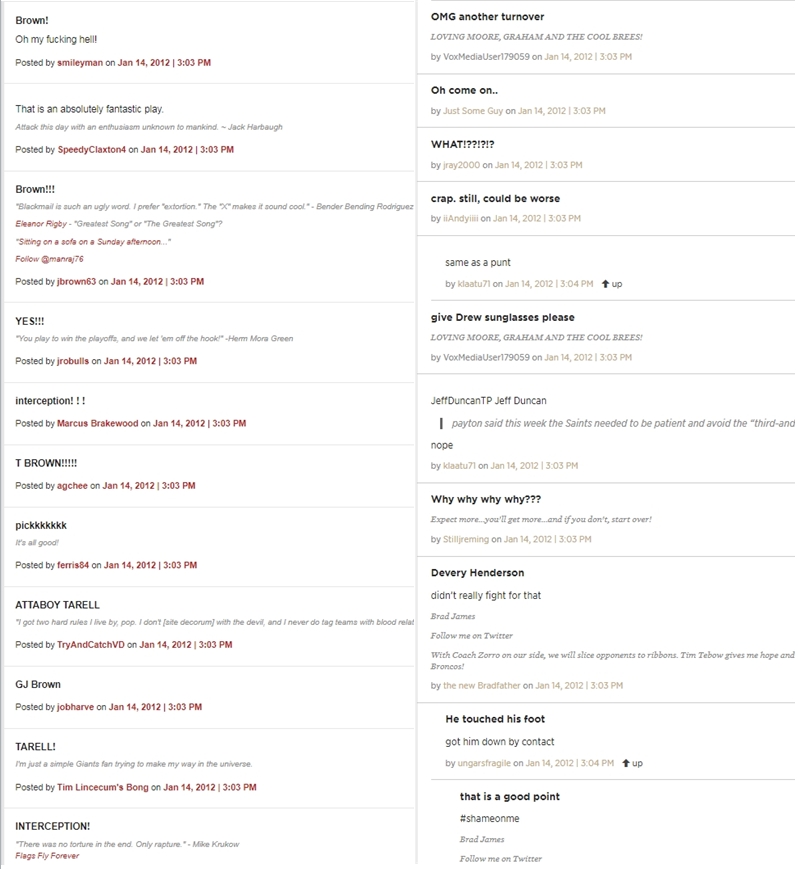 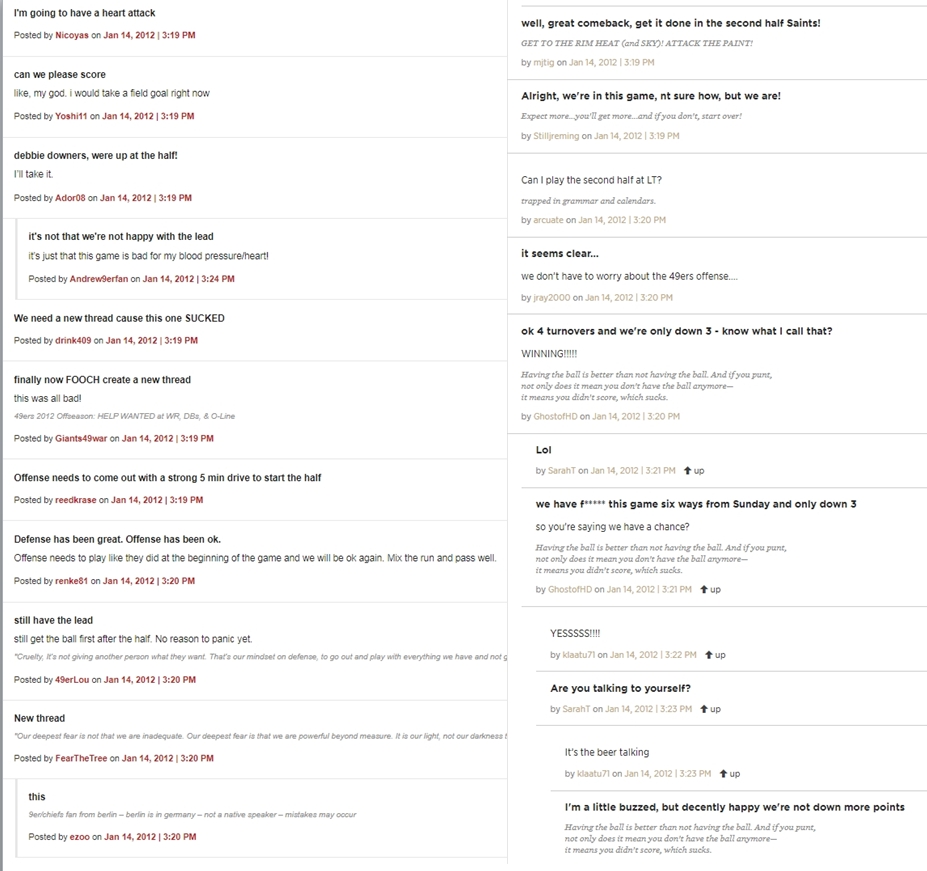 The third quarter was definitely the least exciting quarter of this game. Sproles fumbled a punt return which lead to Akers kicking a FG to go up 20-14. That brings us to one of the most exciting 4th quarters I've ever witnessed.

Both teams exchange field goals, 49ers have the 23-17 lead in the middle of the 4th quarter. Then the madness begins. 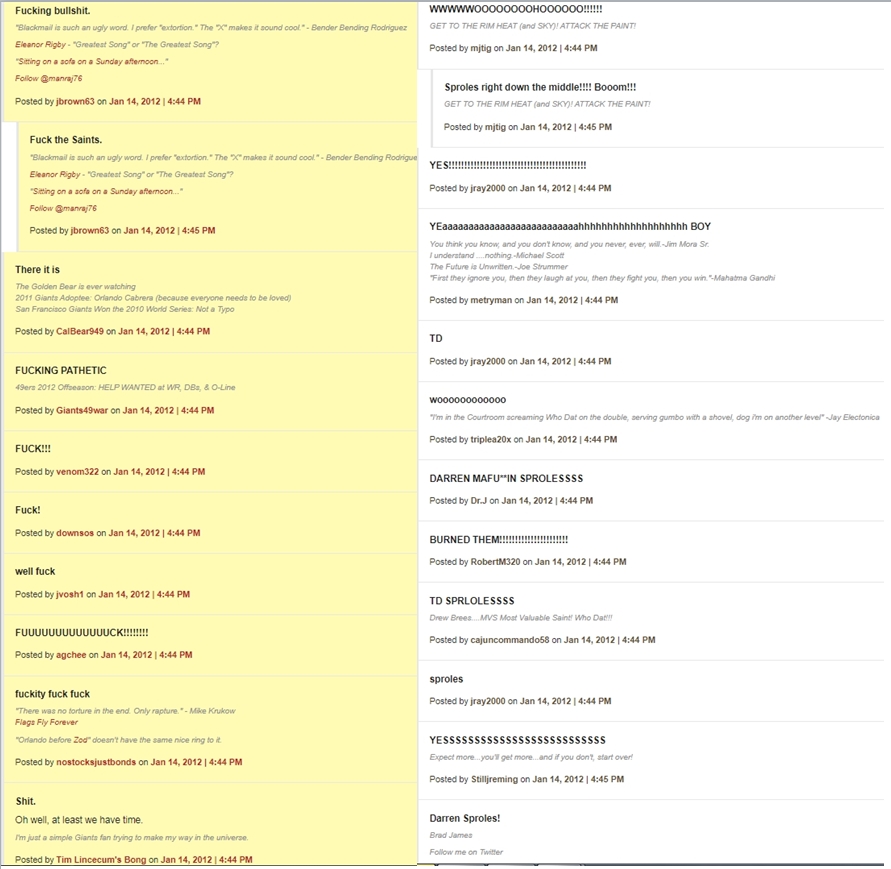 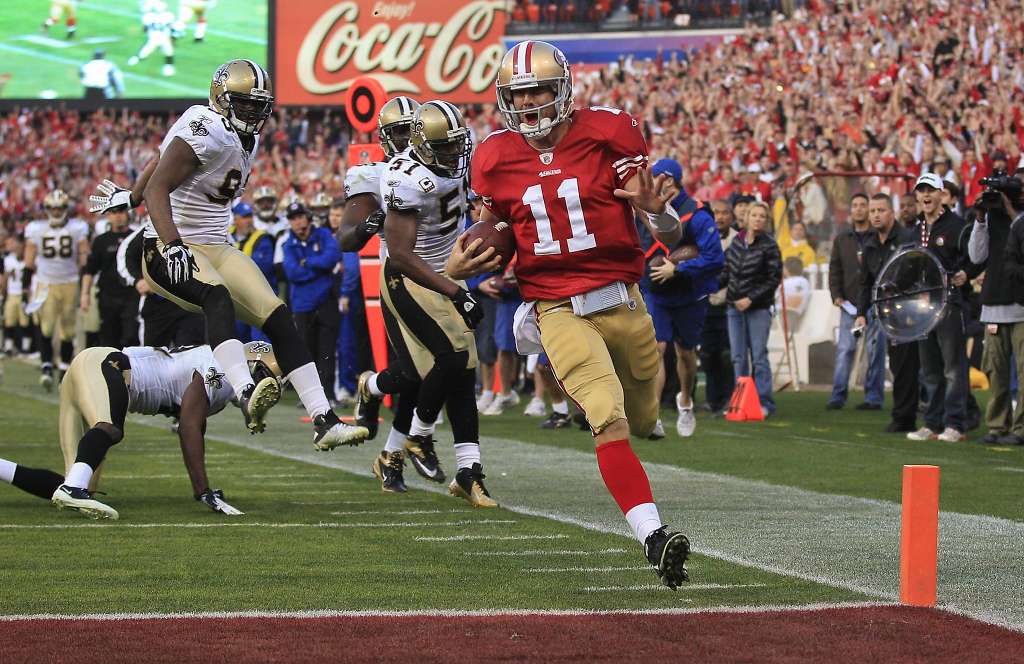 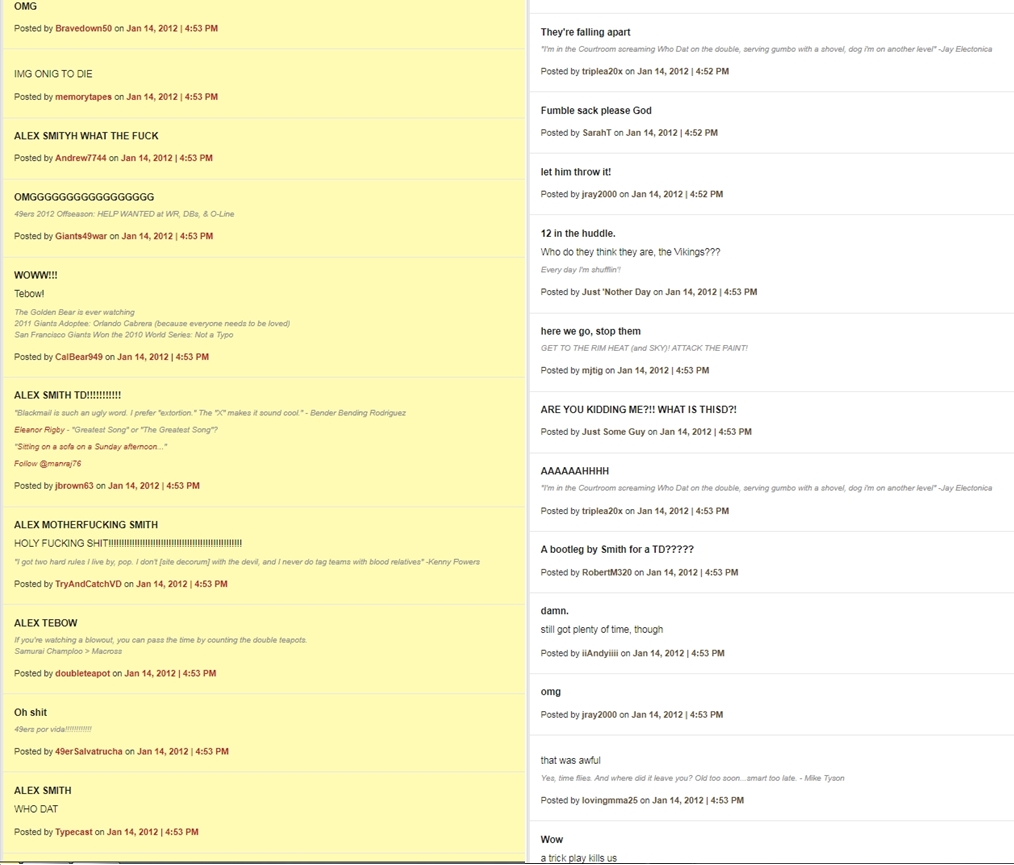 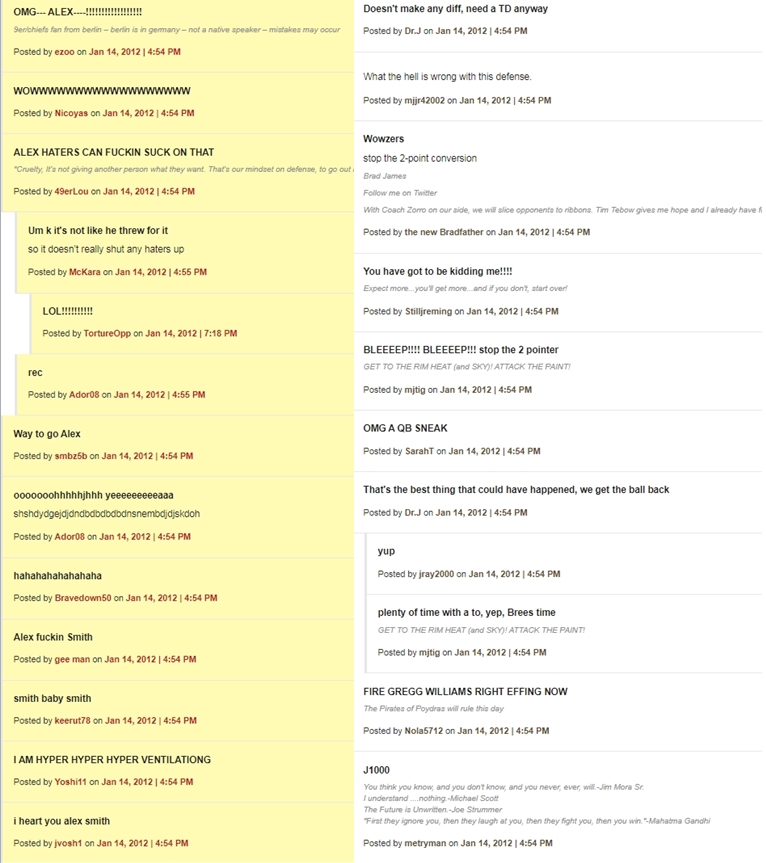 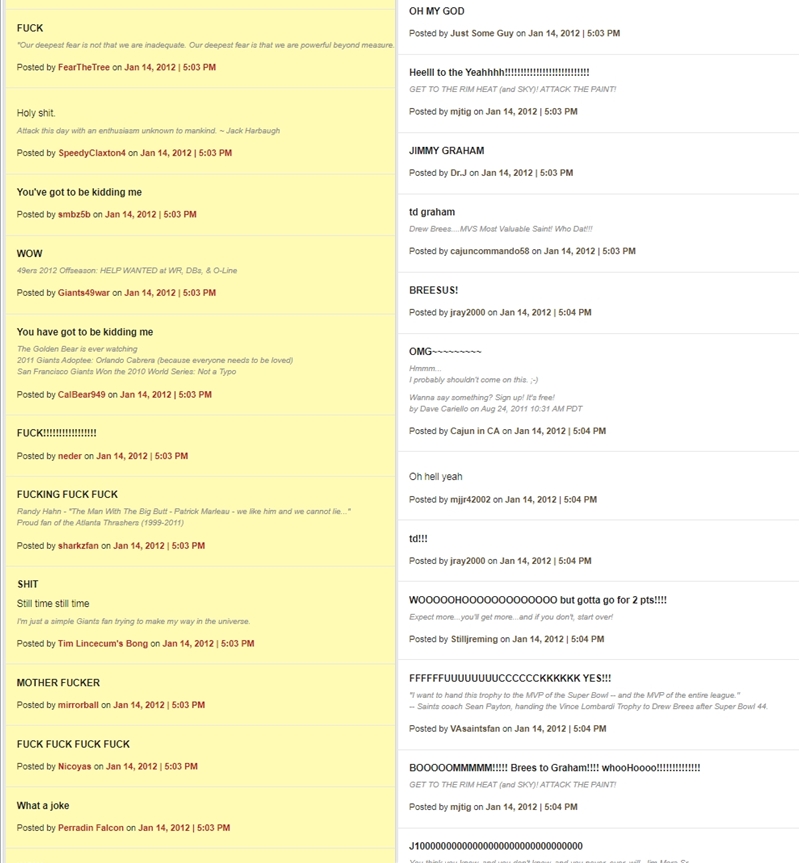 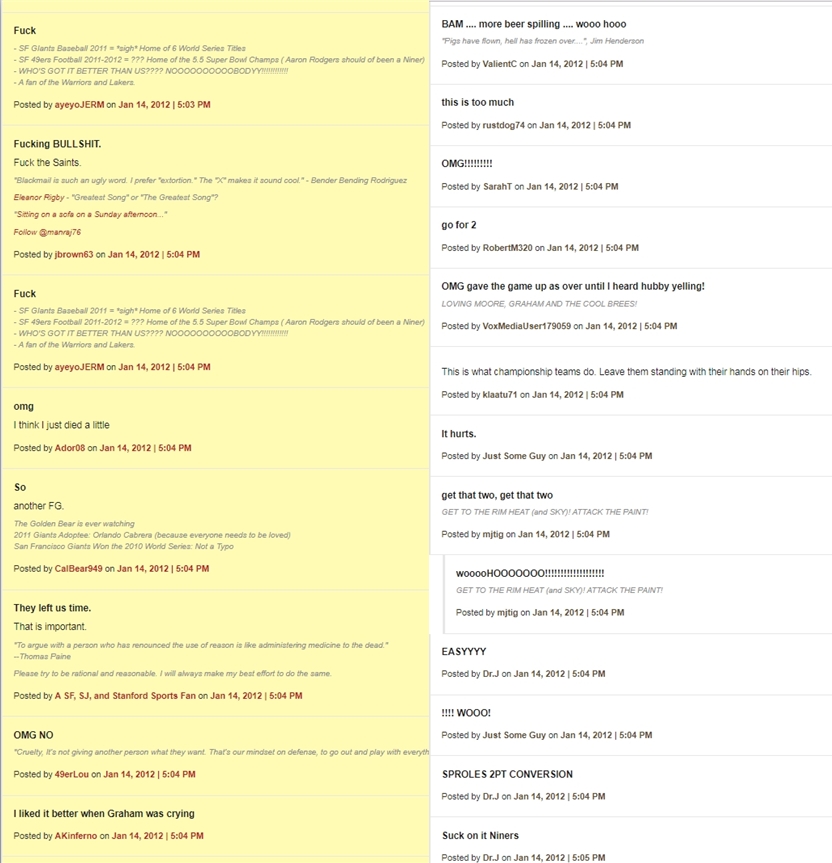 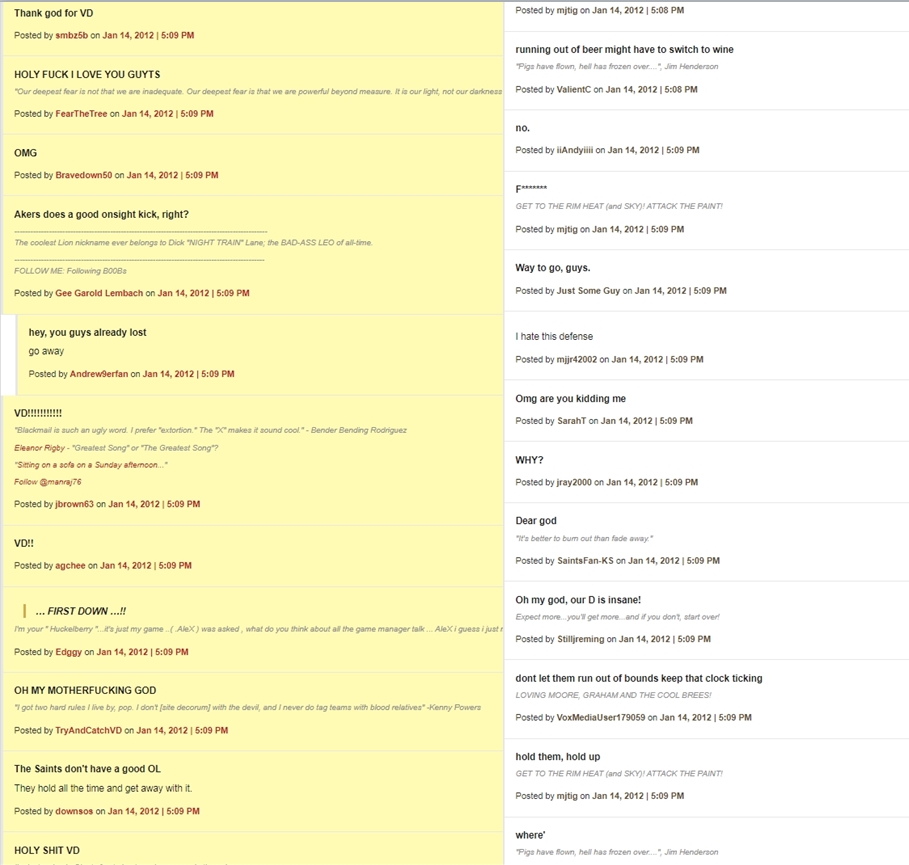 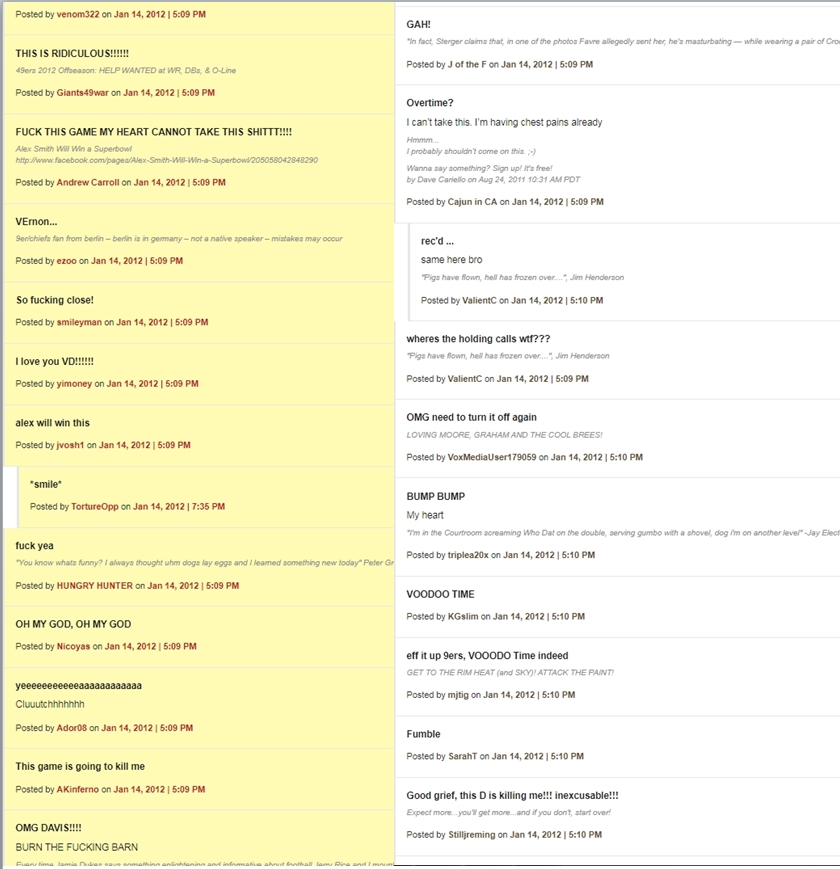 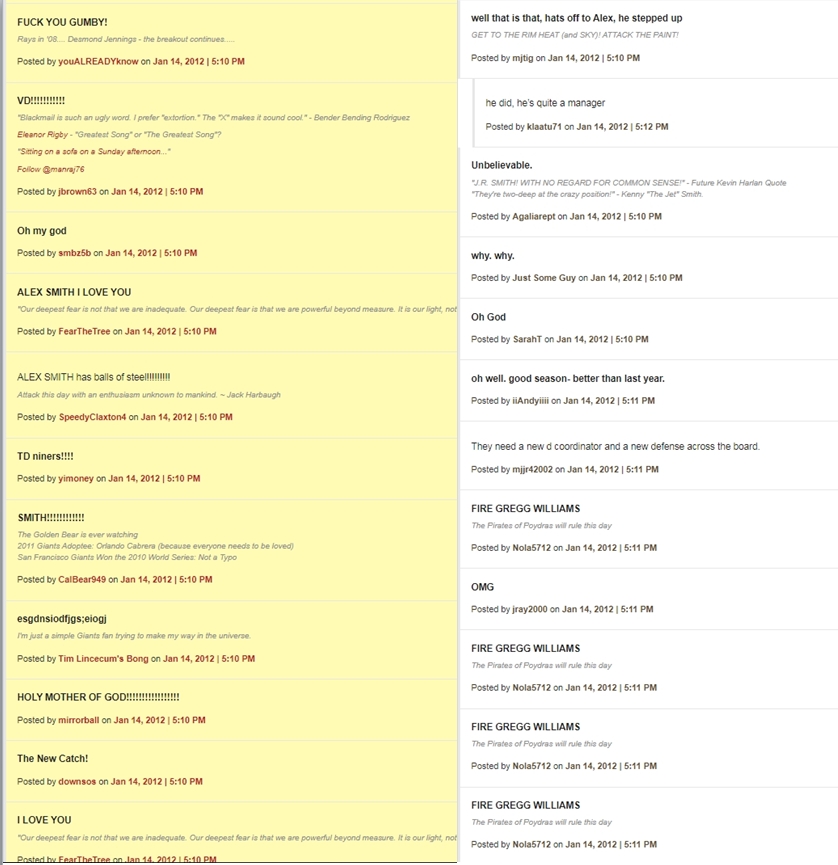 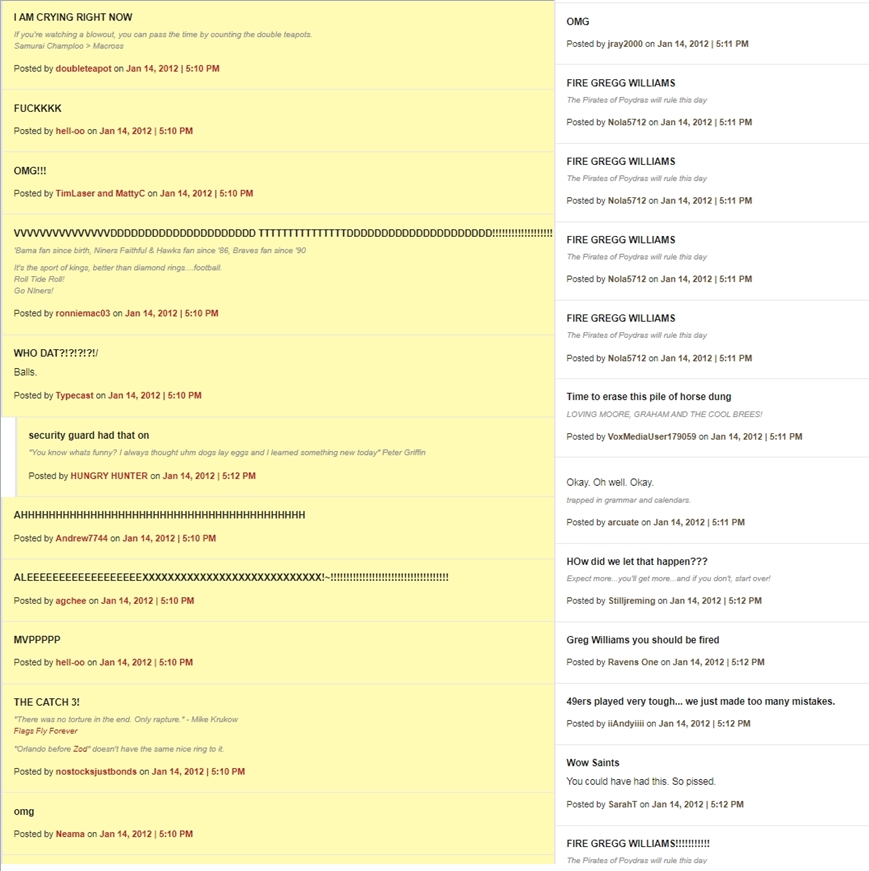 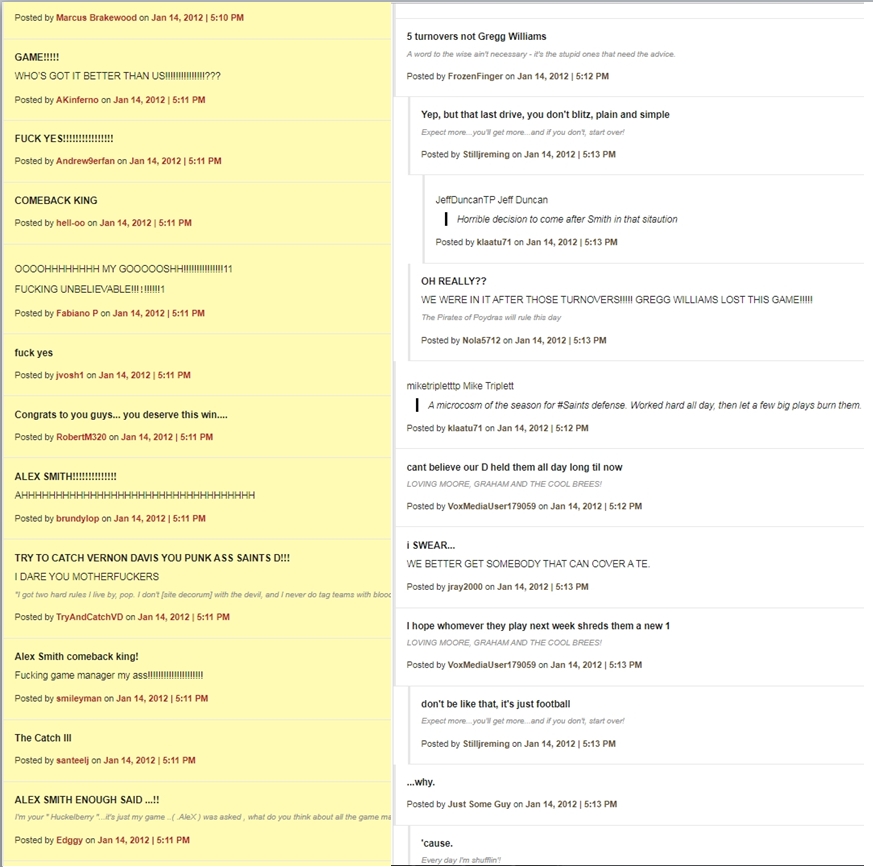 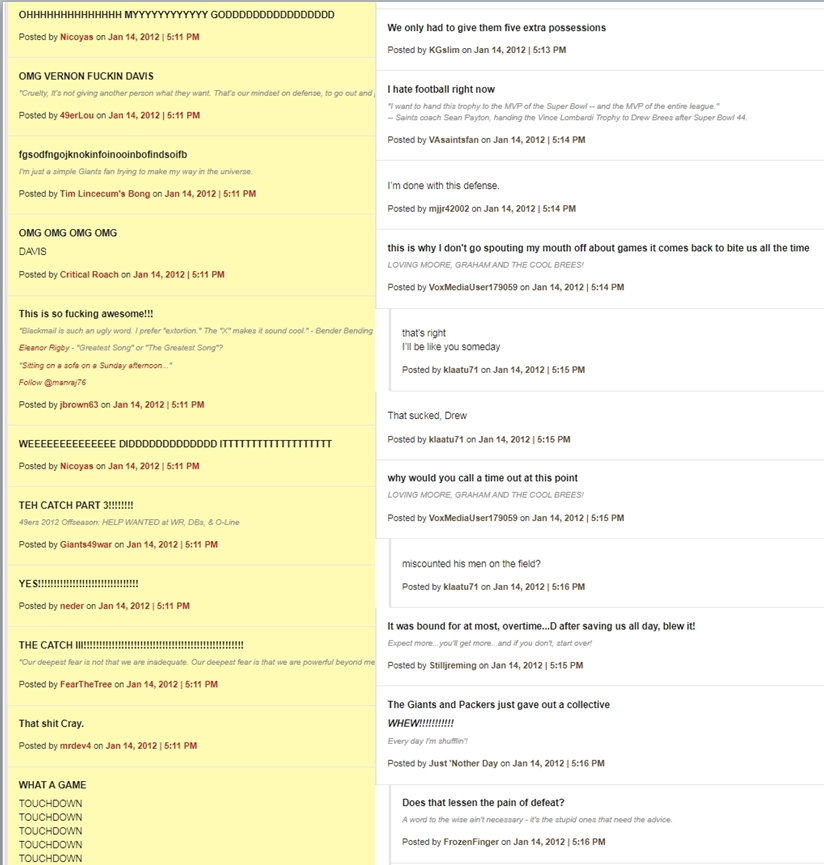 What a game! Do you remember your reactions?