I've seen a few (dozen(s of)) arguments about the dynamic between Trey Lance, Jimmy G, and Kyle Shanahan on this site. As far as I understand, they mostly boil down to whether Lance's development will be hindered without immediate action, and whether Garoppolo's presence on the roster will ultimately be detrimental. So I thought I'd take a look at some of the potential pitfalls the QB situation might encounter, and why they probably aren't as scary as they seem at first glance. 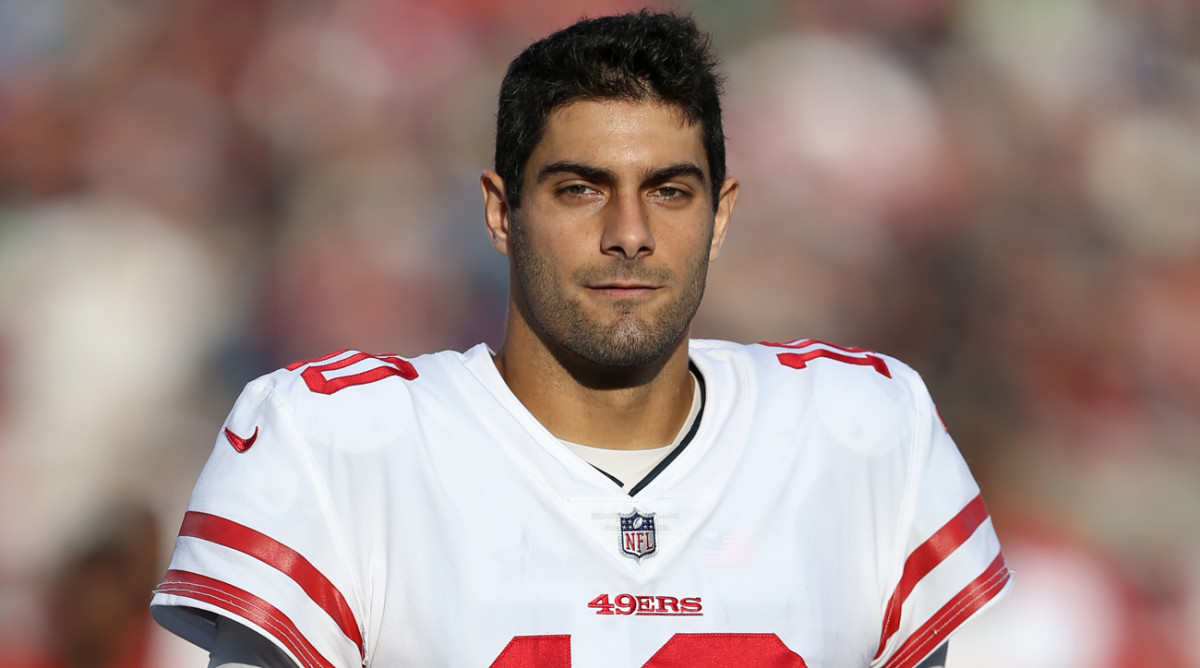 The most pressing issue, for the long-term, is obviously ensuring that Lance has the tools and experience he needs to come into the NFL as smoothly as possible and succeed quickly (and long-term). To that extent, I suppose it ultimately comes down to how much you trust Shanahan. There are ample reasons to critique his tenure: oft-injured players, somewhat atypical resource allocation (hi there, Jet McKinnon), and earnest lack of transparency (to the media, particularly). But despite his occasional downfalls, he's put together a team with a dominant ceiling, tied together with a hand-picked QB that he intends to lead the team into the future. The argument here isn't whether Lance will be playing in three years- it's whether he starts now.

Regardless of how the QB deck gets shuffled in the first four weeks, I think there's one conclusion that we can safely make as fans: Shanahan wants Lance to succeed. He's not going to play chess with opposing defensive coordinators by dangling Lance as a pawn, he's going to put as much time and energy into giving Lance the cleanest transition into the NFL he can. Whether he ends up deploying multi-QB packages (per drive, series, or play) or not, he won't do it in a way he thinks will hinder the weapon his tenure is going to ride or die on. I suppose if you think that Shanahan is the type of insane genius who'll cut off his nose to spite his face, and give Lance two games of second-team practice before making him start and finish the next 15 games to taunt fans and defensive coordinators, I can't convince you otherwise. But given how highly his players speak of him and the stability that the Shanalynch duo has brought to this organization, I'm fairly confident he's a mostly rational guy, even if he's not as aggressive on 4th down as the statheads would like. 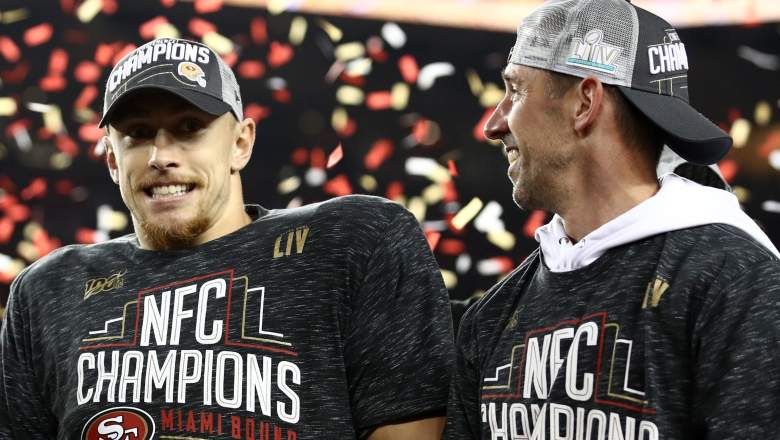 Pictured: If George Kittle can at least sort of stand the guy, that's good enough for me!

Assuming that Lance's development will be handled as carefully as possible, with Garoppolo's experience giving the team a solid crutch to lean on until Lance can start usurping the majority of the plays, the question is often asked; is Garoppolo's presence worth it? Why not simplify things greatly by starting our third-string QB for the first couple games against soft opponents, then letting Lance come in as soon as his development is good enough? To a point, this isn't the worst idea. In fact, I think it's explicitly what the Niners were trying to do, in part, with the pursuit of Dalton, Darnold, and a few others in the offseason. Garoppolo's presence simply happened to be the result of circumstance, with his performance being suitable when healthy, and the price and risk of offloading him too much in conjunction with Lance's acquisition.

That being said, Garoppolo doesn't have to be a sunk cost in regards to roster construction going forward. While the additional $25 million would have been great to have this year, there are still multiple possibilities for Garoppolo to help us out beyond his tenure as a 49er. If Garoppolo goes 5-1 or 4-2 to start the year and another team has a horrible QB injury (and this is the NFL, there are ALWAYS horrible injuries), Lynch can demand a king's ransom for him. Some team will overpay for a fungible starting QB and make everybody happy. But if this doesn't happen, the next likeliest scenario is that Jimmy G lights it up and takes us deep into the playoffs. It's easy to forget, but he did nearly become the first 49ers' QB to hit 4,000 passing yards since roughly the invention of fire. In that case, we get a king's ransom in the offseason. And in the worst case scenario? He fizzles, or gets hurt, and then it's Trey Area forever, baby. 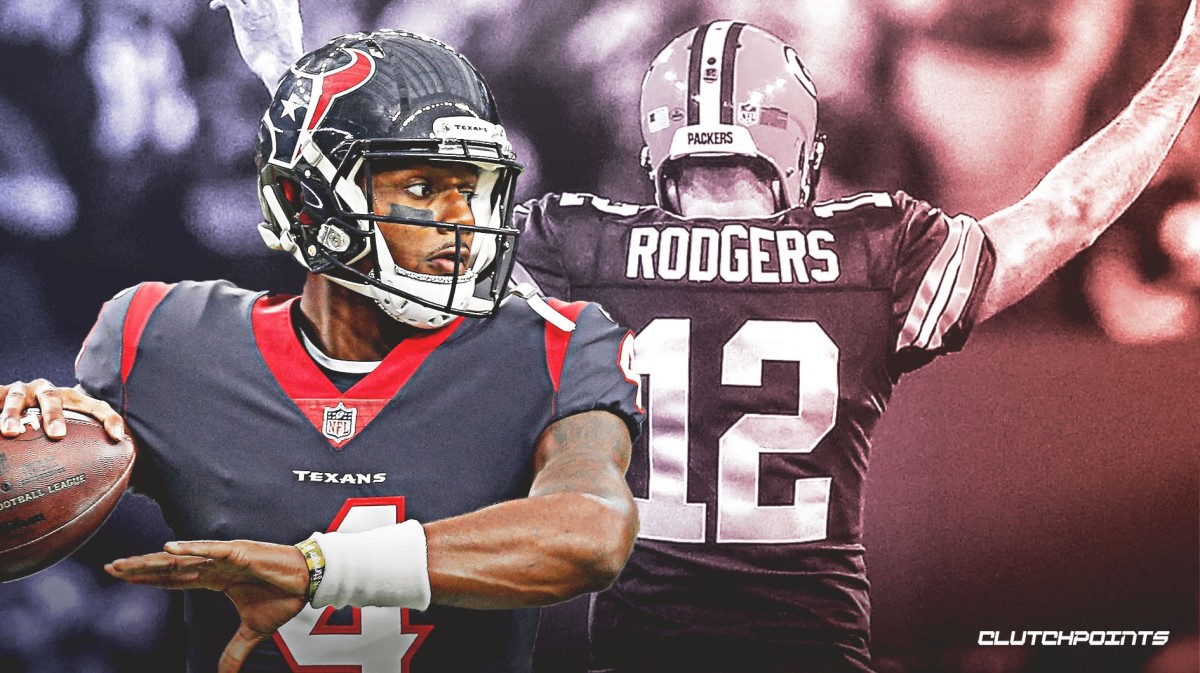 Pictured: The two guys ranked directly above and below Jimmy G in net passing yards (2019). Watson's...issues aside, it's elite company.

Lastly, the biggest reason not to be concerned about the 2-QB Solution is that this simply isn't the right time frame. The only case in which Lance not immediately being named starter is a problem is one in which Garoppolo absolutely SUCKS. I'm talking about a full-blown Wentz scenario here, and there's been no evidence to suggest that this is what's going to come to pass in the first month. Garoppolo will not be perfect; Lance won't be, either. But as long as Lance keeps building up his skillset and experience in this offense, Garoppolo will be able to take care of things for the first 4-6 games to give the Niners ample opportunity to win most or all of those games. Health permitting, we won't NEED Lance for the first month, because that's the security that rolling with Jimmy to start out provides. If his health fails, then all this arguing is for nothing. If he doesn't, Lance will get worked in until he can start, whether that's week 4, 6, 9, or 17. And you can bet on Lance to get himself ready, so I wouldn't be concerned about what happens then.

There's always a way for things to go sideways, we saw that last season, but this is a team that's ready and willing to win, and their potential puts them in a much, much better place than most other franchises in this league.