With the overtime win against the division rival Los Angeles Rams in the final week of the regular season, the San Francisco 49ers earned the 6th seed in this year's NFL playoffs and a trip to Arlington, Texas, where they will play against another longtime rival, Dallas Cowboys. But before they clash with the NFC East division champion on Sunday, let's look at some charts I've created to see how Jimmy Garoppolo and Dak Prescott distributed their passes during the 2021 regular season.

On to the charts. First let's look at Garoppolo's chart. 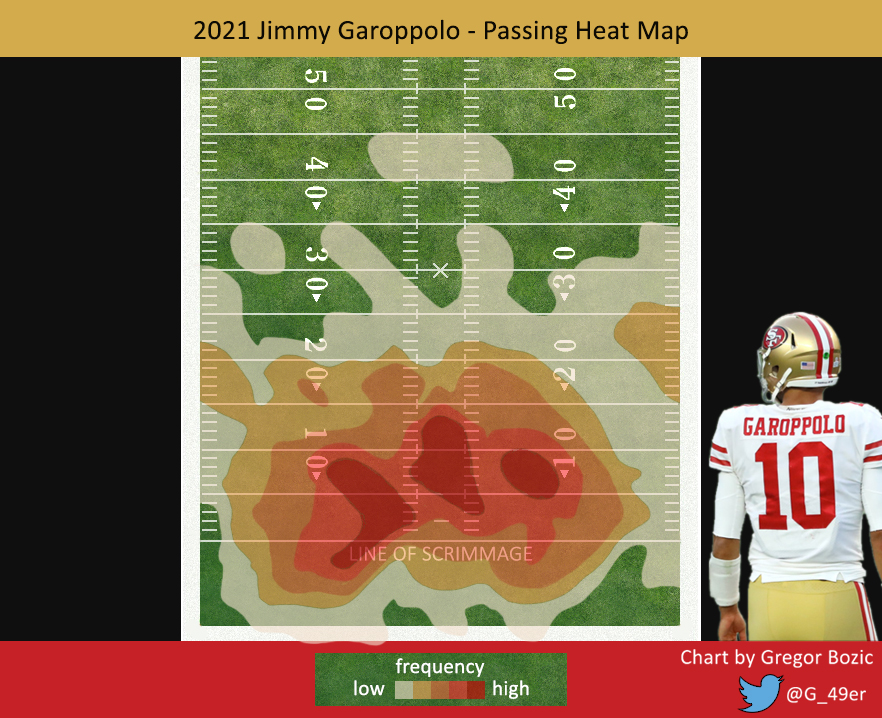 What sticks out most is his high frequency of passes over the middle of the field. Another observation would be, that he rarely attempted passes along left or right sideline and he barely attempted any passes longer than 25 yards. 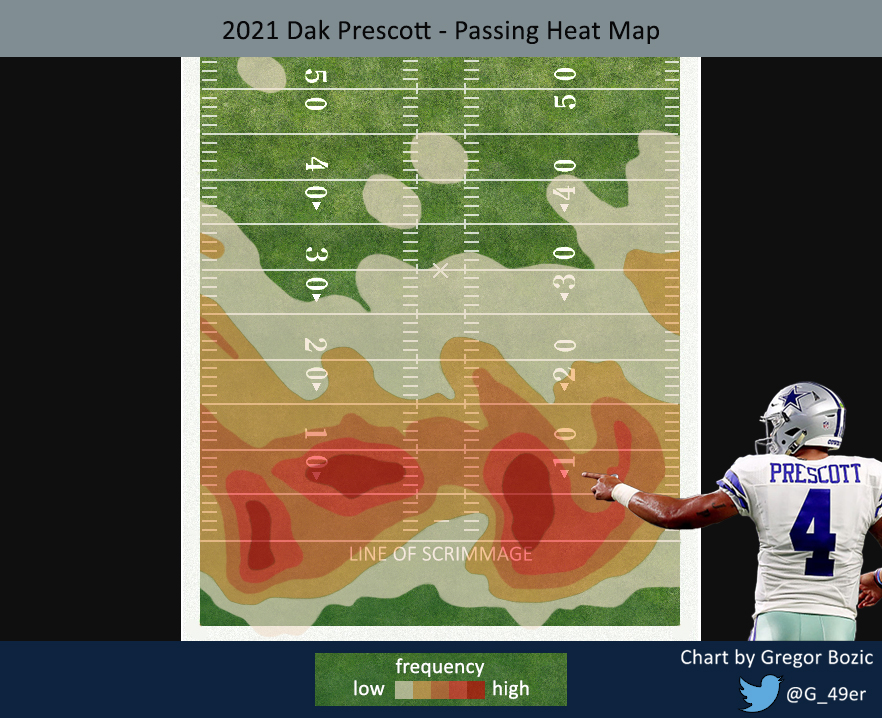 Compared to Garoppolo, Prescott more evenly distributed his passes across the entire width of the field and was more willing to throw passes to his targets located along, or close to, both sidelines. And he also threw deep with higher frequency.

Both quarterbacks threw small percentage of passes to targets located behind the line of scrimmage. Garoppolo threw only 16.1% and Prescott 16.6% of passes to targets located behind LOS. For example, in 2021 Patrick Mahomes threw 25.3% of his passes to that same area of the field. Jimmy G checks in with an average depth of target of 7.5 yards, Prescott, on the other hand, registered a bit higher average, 7.7 yards - both marks are below league average of 7.9 yards.

Finally, let's see how both quarterbacks compare themselves to a quarterback who is considered the leading candidate for 2021 NFL MVP award, Aaron Rodgers. 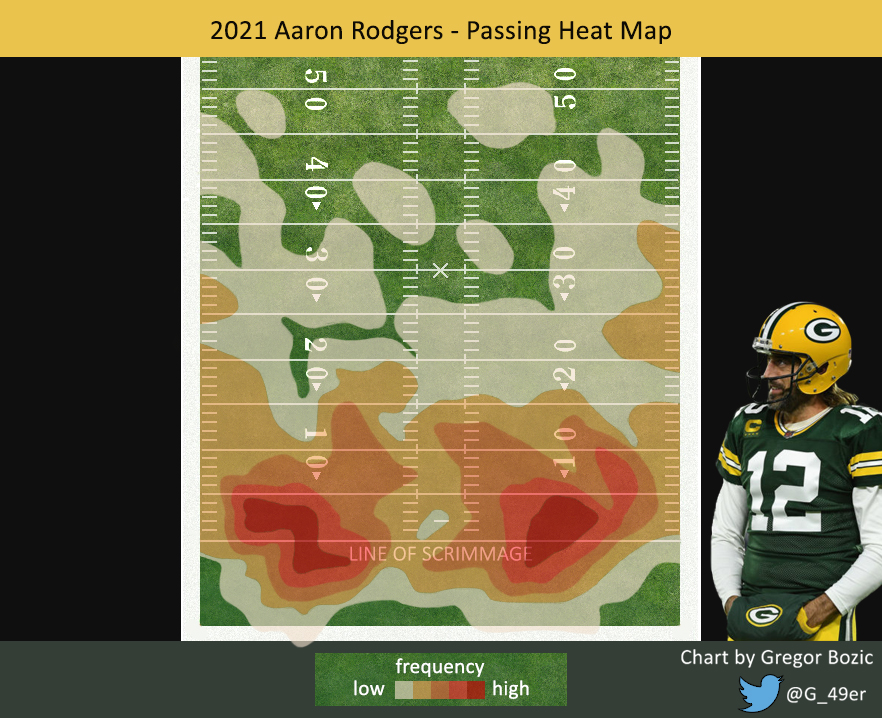 Just like Prescott, Rodgers recorded average depth of target of 7.7 yards. Rodgers threw 21.7% of his passes to targets located behind LOS, considerably highter percantage when compared to Garoppolo and Prescott.

By length of a pass:

Note: percentages in bold denote highest % among all 3 QBs